Here's all about Aman Dhattarwal's college life and YouTube career. So if you’re dreaming to be a successful personality, then stop wasting your precious time and start working on yourself from right now. 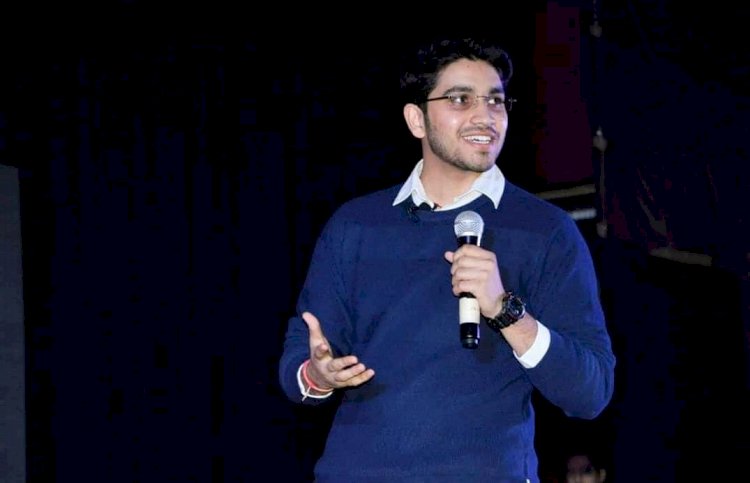 AmanDhattarwal…. Yes, I am talking about the same person you see on YouTube when you are looking for college reviews during IIT-JEE counseling or when you are about freelancing skills, college life, and placements, etc. Seek guidance

AmanDhattarwal is an Indian YouTuber, Public Speaker, social media Influencer, career counselor, and educator.  He is also the founder of “ApniKaksha”. He has done B.Tech in Information Technology from Netaji Subhash Institute of Technology (NSIT), Delhi. Aman is popular for his educational and motivational videos, which he uploads on his youtube channel.

Aman was born on 4th March 1997 in a small village of Rajasthan. Later on, his family shifted to Delhi. He completed his schooling from Delhi Public School, R.K. Puram, New Delhi. In his 12th standard, he appeared in JEE- Main and got about 6000 all India rank and finally started his B.Tech. from NSIT Delhi which is well known for its highest packages. His college life is a perfect example of an Engineering student's life. When you go through his YouTube video “ Engineering-My three years of college life in 5 minutes “, you’ll feel that he enjoyed every moment of his college life whereas, on the other side, he worked on himself and became the most popular personality among today’s youth.

Five years ago, Aman started his YouTube journey with the video- “ Tips for 12th board exams that you shouldn’t miss “ when he just passed his 12th standard.

Thus the journey had started and he uploaded many educational videos regarding the topics related to the 12th standard for various subjects. Along with these videos, he uploaded many motivational videos as well as reaction videos of students on board exams and some entrance exams. That’s how he earned a lot of fame among students.

Later on, videos related to career options after taking mathematics in 12th standard, etc. were uploaded on his channel. Now his channel got a boost when he started to post the videos of college reviews, personality development, and freelancing skills like- blogging, YouTube, web development, app development.

About one year ago, he started another YouTube channel “ ApniKaksha”. This channel is focused on learning tutorials for IIT-JEE aspirants as well as placement tips, Java, Python programming, web development, Git& GitHub, etc.

If you are an engineering student and aspiring for a good package in campus placement, then this channel will be a boon for you. Even if you want to be financially independent during your college life, this channel will help you a lot.

His Video Recording Setup and Subscribers

But, now an interesting question arises- how did he manage all these things along with Engineering? For that, he along with his YouTube team purchased a flat on rent in which he set up his own video studio where he used to do his work related to YouTube with no disturbance.

Finally, AmanDhattarwal was placed on the highest package of this year of NSIT is a company located in South Delhi. According to his LinkedIn profile, he is also a TedX speaker, No.1 IIT-JEE educator atUnAcademy as well as a coordinator at JaipurFootUSA Aman Dhattarwalstarted a new series on YouTube named “Honest Talks”. In this series, he discloses lots of dark and bright sides of many topics. A few of them are- “18+ only / Must watch for all the students #Honest talk 4”, “ Parents- The Harsh Reality” etc.

If you ho through AmanDhattarwal’sYouTube channel and watch a few of his old and new videos, you’ll definitely feel the complete transformation in his personality. But undoubtedly, that transformation took a lot of time. With a lot of work. So if you’re dreaming to be a successful personality, then leave your PUBG aside and start working on yourself from right now.

If you’re thinking to start your YouTube channel or daily workout, then start it today because no miracle will happen from the first day. It will take time and lots of effort.

Here Is Everything About Facebook's New App Called, CATCHUP!