Dhoni is just 5 behind as he has struck 295 sixes thus far and fans will be hoping that Dhoni reach that landmark soon. 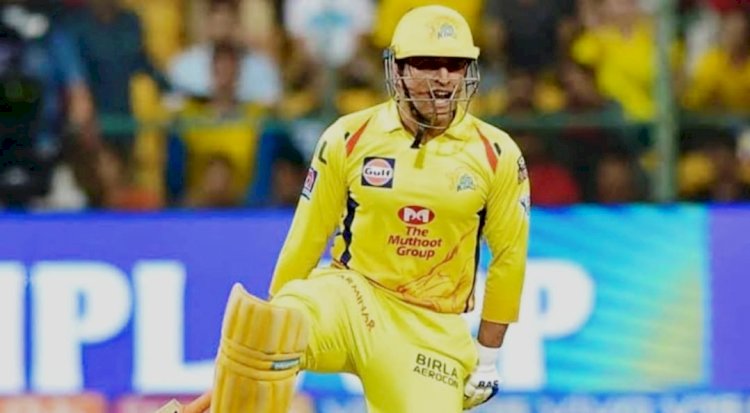 Chennai Super Kings led by MS Dhoni are clearly the favorites on their clash against Rajasthan Royals. British swashbuckler Sam Curran was promoted by Dhoni to number 6 during the opening game of this season against Mumbai Indians. His decision was proved to be correct when the aggressive Curran smashed 18 runs in 6 balls and chasing the score of 163.

14 months have passed since fans got to see MS Dhoni on the pitch. Things changed during the onset of this season of IPL when MS entered to bat, but the sight only lasted till two deliveries. CSKians & Dhoni fans alike are eager to see more of him in the upcoming match this Tuesday.

Dhoni is just 5 sixes away from reaching a total of 300 sixes in T20 cricket, a record previously achieved by his national teammates Rohit Sharma (361) and Suresh Raina (311). On reaching the landmark it will make him only the 3rd player in the game to do so. CSK's head coach Stephen Fleming also had something to say about the 5 wicket victory achieved by his team. On the oﬃcal website on CSK, Fleming said: “It was great to get the points, two teams that were a little bit nervous after not having played for some time. It was always going to be almost a case of who was going to make the least mistakes."

The way Mumbai started, aggressively against us, it was going to be a tough day. The pleasing thing for us was our character, we held our nerve and as the innings went on our bowlers got better and better." MS Dhoni is a legend and is known for ferocious hitting. In today’s encounter against the Royals, fans might see Dhoni hitting them out of the park as Sharjah has small boundaries." However, to witness that, Dhoni will have to come up with the order as the only complaint that his fans have from him is his number. He bats way 2 down for fan’s liking.

Google Cloud and Other best cloud storage, Why so famous