The Exciting Journey: From Rickshaw Puller To Multi-Crore Businessman

We have seen many success stories and seen how people with hard work and dedication achieved the unthinkable. Still, there are some stories that are hard to believe and beyond imagination. These people made their struggles and poverty their strengths and faced life's difficulties and obstacles. They stayed focused and determined to achieve their goals, which made them stand out from the crowd. 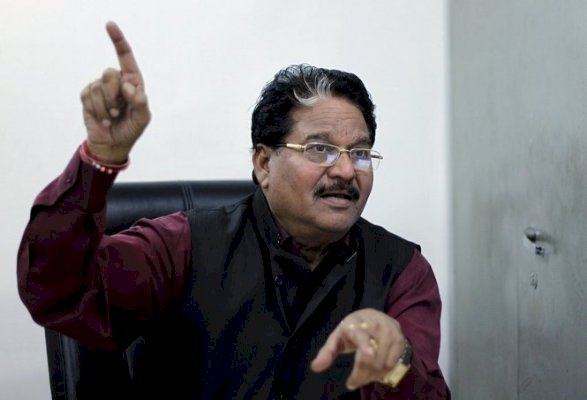 Hari Kishan Pippal is one of those people who successfully passed the trials of life through hard work and vision in a way that many of us cannot even dream of. His life as a successful rickshaw puller entrepreneur is truly a unique example of success and very inspiring.

In our society, Hari suffered caste discrimination and exploitation as a child. However, he never succumbed to these challenges. Hari was born into a very poor Dalit family in Agra, Uttar Pradesh. Her father ran a small shoe repair shop and somehow managed to provide for the daily needs of the family.

Considering the poor financial situation of the family, Hari began working to provide for the family from an early age. He quickly realized the importance of education for the economic situation of his family and decided to continue education by all means from his meager income. He worked tirelessly all day and studied at night.

Hari continued his education amidst all the challenges. But he had no idea that the next few days would be harder and harder for him. However, he accepted it as part of his life. His father was ill while in class X and soon was unable to continue working. The whole family was responsible for Hari.

He started desperately looking for a better job, but even after putting in a lot of effort and suffering a lot of embarrassment, he was unable to get a job. The situation of doom or death forced him to choose the option to become a rickshaw pulley. He took a rickshaw from his relatives and began operating it without telling his family members. To disguise his identity, he only used to drive rickshaws at night and cover his face with a cloth. This continued for a while. Meanwhile, his father passed away from a long illness and his mother married him after his father died. Even under great economic, social, and family pressure, Hari never let his dreams come true and received all possible support from his wife to pursue his dreams.

In 1975, he requested a loan from the Punjab National Bank on the advice of his wife and decided to restart the store of his ancestors. Fortunately, they borrowed 15,000 rupees from the bank, but the whole family needed some of this money for personal use. This led to a family argument, but Hari remained firm on her decision and her dreams. He was eventually forced to leave his ancestral home with his wife.

He moved into a small rented house and began to relive his dream by opening a small make-up and shoemaking store. He started out making shoes on a small scale, but the turning point came when he received an order from the State Trade Corporation to supply 10,000 pairs of shoes. It was a big step in his career and after all, he didn't have to look back. From the profits, he quickly launched his own brand of shoes. Using the profit from the contract, he launched his own shoe brand called Harrykson. The name has been skillfully given bearing a resemblance to its own name.

Offering high-quality shoes at low prices, his company quickly established itself in the market. He started taking orders from many major companies, including Bata. He then set up his own export company "People Exports Pvt Ltd" and made shoes in India for many international brands. The 1980s saw a period of recession in the shoe industry. Hari at that time tried his luck in other industries as well. He opened a restaurant called Restaurant Agrawal. Many people asked questions when Dalit started the restaurant called Agarwal, but Hari pursued his idea and succeeded. The initial success of the renovation gave him enough confidence to reach further and he quickly opened a beautiful wedding house in Agra. Hari also felt the need for a good hospital in Agra and founded the Community Heritage Hospital in 2001. Otherwise, he got into the car sales business and set up a publishing house.

Hari Kishan Pippal, 67, has excelled in many areas because of his skill, tenacity, and vision. Today he is one of the most successful businessmen in this country with total annual sales of his companies well in excess of Rs 100 crore. His success gives us many very important life lessons, difficulties, or trials in life in order to be successful in life.

Mother-Daughter Duo Has A Startup Of Unique Sweet Dishes

Essential Skin Care Products Over The Counter Products That Must Deserve...

Myntra- On A Great Business Expansion With Launch In Middle-East