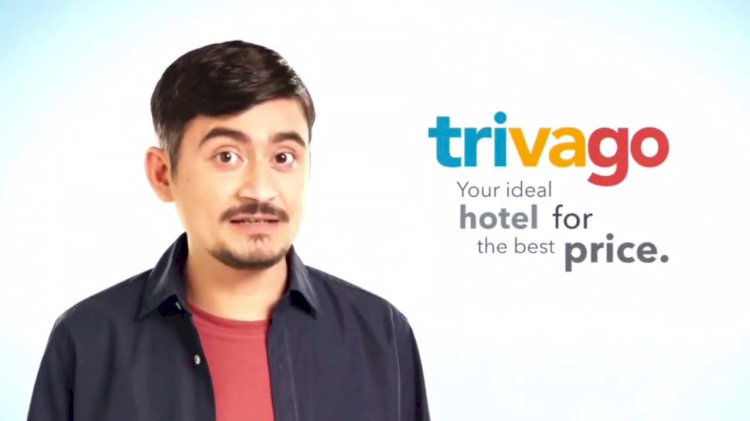 These lines create huge impact whenever you have seen TV ads and watched the so-called trivago man walking around the maps making you explore the hotels. Precisely, hotels at different prices from different websites (Accurate lines used in the ad). This above quote has become part of the online trolls and memes which signifies the depth in these lines.

As the largest hotel-search website in the world, Trivago is consistently the first brand to appear in an online search of ‘hotel prices’. Bursting onto the scene in 2005, Trivago brought and got unique place in the market and bunches of startups and became a blockbuster super hit show in the country and across the globe.

Trivago needed an approach which worked with the unique way in which they attributed customers to their partnered hotels. As they do not handle the booking of a consumer themselves, the standard route of working with a cost-per-sale model was not possible. They were also focused on attracting a high quality audience. In order to cater to this audience they required in-depth data in order to gather a complete understanding of how they interact.

In December 2014, Trivago acquired mobile app product and development company Rheinfabrik. In 2015, Trivago reported more than US$500 million in revenue, and said its revenue had doubled every year from 2008 to 2015.In March 2016, Trivago announced it had acquired 52.3% of Cloud-PMS company Base7booking, after taking majority control of the Switzerland-based company in the third quarter of 2015. Trivago integrated Base7booking's property management system, which enables small and independent hoteliers to manage daily operations, run reports, send invoices and manage digital and email marketing.

In April 2016, Trivago reached 1,000 employees and began building a new campus in Düsseldorf. On December, 2016, trivago became publicly traded on the NASDAQ exchange under the ticker symbol TRVG.

With the 2 rounds of financing, the company received 1 million Euro from investors like Samwer brothers, Florian Heinemann, and Christian Vollmann. In 2008, Trivago received US$1.14 million in Series B funding from the British company HOWZAT media LLP. In December 2010, Trivago sold a quarter of the company for US$52.86 million to a US investment fund, Insight Venture Partners.

The American Travelling firm Expedia has its own reputation and the above quote is very famous and still in the ears of many people.In 2015, Trivago reported more than US$500 million in revenue,and said its revenue had doubled every year from 2008 to 2015. Expedia retains 64.7% of voting rights and 59.7% of economic rights.

Navjot Siddhu might have driven himself towards active politics but his words spoken during the commentary during Natwest Finals 2002 in India vs England match still echoes. Trivago had to combat with the tough counterparts who are resent to snatch the sultry victories and glories under the nose. They needed tedious hard taskforce with brainstorming and brilliant mind sparks to give the best shot of success to forget all shots of failure.

In the initial stage, trivago ran with the concept of price comparison site for hotels, without any growth direction. But due to visionary CEO, they changed the gear and started focussing on metadata searching. Since then it sticks to the mission of being the earliest source of information.

Trivago offers information only on hotels, whereas other metadata search engines in the travel industry provide information on, for instance, flights. It doesn’t provide solutions for business travellers, as well, instead of that, the company focuses on delivering overwhelmingly good experiences for all those looking for accommodations; it has a big goal of becoming world’s number one. It generates profits based on CPC model. Whenever an individual searching for hotel, clicks on any offer included in the list, trivago earns money. It significantly simplifies joining trivago from one site, since the system is transparent.

“The only thing you get without hardwark boss, is dandruff.”

Trivago also offers free and fee-based versionsof its Hotel Manager product, which hoteliers use to market their facilities on the Trivago site. Trivago claims to be the world's largest online hotel search site, comparing rates from over 1 million hotels and more than 250 booking sites worldwide. The site includes over 190 million hotel ratings and 14 million photos, and reports over 120 million visitors per month. Since their majority shareholder is Expedia, the effort is to direct bookings to their sites by way of various "adjustments" to how other sites' rates are perceived. They also offer rates through many sites reselling for travel wholesalers, where rooms may or may not be available at time of booking.

Abhinav Kumar (Country Head, India) featured in his employer’s campaign because the company believes in casting someone who looks like your average person on the street. Not because Abhinav is country head he is the face of the brand but also for other countries you won’t find a celebrity for brand endorsement.

When you have an aggressive marketplace and unless you’re upfront with consumers, throughout the year, you’re easily forgotten about. One side there was competition from MakeMyTrip who had Alia Bhat & Ranveer Singh for endorsement whereas on other hands there was Deepika for IBIBO and more. In such case when Trivago tweak the campaign with a Guy with slightly rumpled appearance caused everyone notice, the strategy applied by Trivago was a foremost solution. This witnessed two basic benefits:

So what was the overall impact of the campaign? As per the report, Trivago’s revenue went up by 68% along with onsite traffic.  And today trivago is capturing the tongues, eyes and heart of common public who has scintillating outskirts movement and tourist nerd.

MediCAB, Foldable & Portable Hospital: Some Oxygen For India By IIT-M...

Amazon Announced- Alexa Will Now Come With Care Hub And Few Other Interesting...