“After Divorcing Serves The Country”- A 17 Year Old Girl Got Married To A Guy Double Her Age! Now Is A Dsp

Anita changed her own life. She at the age of 17 was married to a 27-year-old man and faced severe financial crisis. Later, she got divorced and decided to do something that will change her life and set an example to the youth. 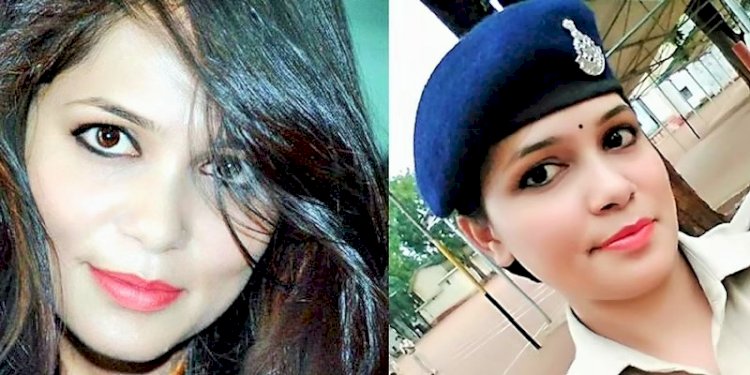 A woman has the power to do everything! Anita Prabha Sharma’s life story is an example to those who think that life is not fair to them. She decided her own life and made her way out.

Anita Prabha, A Deputy Superintendent of Police of Balaghat District, Madhya Pradesh was born and brought up in a middle-class family in Kotma village in Anuppur district of Madhya Pradesh. She was very good at academics and scored 92 percent in the 10th standard examination. However, her dreams didn’t have a chance to become real as her parents arranged her marriage. They were pressurized to follow the village tradition of girls getting married at an early age. They somehow managed the situation and let Anita go to her brother’s house in Gwalior. There she gave her 12th examinations but soon again the same thing happened and this time the parents couldn’t help despite her stubborn resistance. Anita then got married to a guy 10 years older than her as she at that time was just 17!

However, she did not give up her dream! Even after getting married, she continued her studies despite all the household work. But once again her luck didn’t favor! Right before her final year graduation exams, her husband got an accident and she couldn’t appear for her exams. The next year, she managed to give the exam and passed the examination with the first-class division. This one year gap made her pay a lot. She got rejected for the post of Probationary Bank Officer for not completing her graduation in three years.

During all these difficult phases of life, Anita never gave up her self-esteem and confidence to do something in life. After her husband’s accident, the financial condition deteriorated. Anita had all the responsibility of the family’s livelihood on her shoulders. So to manage the situation she started working in a parlor.

Anita always had her dream of securing a government job and it never got faded! In 2013, she appeared for the forest guard examination for which she walked for 14 Km in four hours. She passed the exam and the same year in December she got her posting in Balaghat district. For a dream chaser girl like Anita, this wasn’t enough. She once again decided to appear for the examination of the sub-inspectors position but she failed in the physical test round. She took it as a challenge and in her next attempt, she nailed it. Meanwhile, she planned to get a divorce as she always says that they had difficulty in connecting with each other because of their age difference and mindset.

While she was under training for the sub-inspectors post, results of the Madhya Pradesh State Public Service Commission examination were out which she gave before joining the police line. Guess what happened?

This time her luck didn’t have a chance to come in between! She got the DSP rank in that examination that too in her first attempt. She ranked 17th among the women and 47th in all the categories. After that, she sat for the MPPSC examination and passed the examination in April 2016.

Anita’s passion for her dreams is truly an inspiration for all women.

UNFORTUNATE DEMISE OF OUR FORMER PRESIDENT