From a Street Kid To An Entrepreneur- An Inspirational Story Of Hope And Determination!

Amin Sheikh, once a street child is now an entrepreneur and a published author. 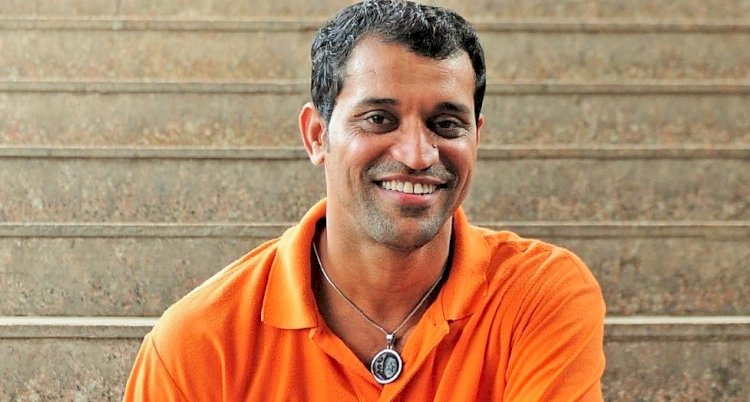 We were born as a human, but keeping humanity alive is a choice.

This story of a street boy who had nothing except Hope is now he himself is a Hope to many!

Amin Sheikh, a street boy who now works towards serving the underprivileged and homeless of the nation.  Yes people like him still do exist! That’s why in the very beginning I said Humanity is a choice.

Once a street child is now an entrepreneur and a published author. You are surprised right!

Amin was from a poor family in Malad, Mumbai. His father was an alcoholic and left him and his family when Amin was just five.  His mother soon remarried and the stepfather would abuse him every single day. His life became miserable since then. Amin started to do whatever he could to earn. He worked in a bakery for ten hours and earned just 2 rupees then He started working at a tea stall. One very fine day while carrying trays of tea glasses, he dropped all the glasses, and out of the fear of getting compensated and beaten he runs away. He went and sat at Malad station with no idea of where he will go and what to do next. Sitting there Amin got attracted to children playing games and joined them. Soon, along with them, he did various jobs like polishing shoes, selling various things, and even singing in trains for money.

“I started living all across Mumbai. I would take the train and go wherever it took me. I lived like this for three years and did not know what to do. Anybody would come and rape me, break me, hurt me, and tear me down,” said Amin in one of his interviews.

However, when Amin was eight years old, an angel walked into his life. He was taken to an orphanage for the homeless named “Sneh Sadan”. Here is where things changed for him, however it didn’t last long as he ran away from there too because he could not recite a prayer and was scared to face the situation.

Later the father of the orphanage found and took him back home, where he belonged. Amin then spends the most amazing years of his life. As he grew up he got a job as an assistant for the renowned Eustace Fernandes, known for the formulation of the Amul Girl. He got a lot of respect from there that he always looked for.

Soon Christmas knocked on the door and like every year Eustace wanted to gift Amin something. He asked Amin what he wanted and in reply, Amin told his desire to go to Barcelona. He even said that only Eustace can open the doors of the world for him.

Amin traveled to Barcelona and the first thing that hit him was there was not a single homeless child on the street and it hit his mind so after coming back to Mumbai with the thought of doing something to serve people he opened a library Café in Marol, Mumbai named “ Bombay to Barcelona”.

This Café is run by street kids. This gives these kids an opportunity to take control of their lives and sustain themselves.  Not only that, but Amin has also written a book Life is a Life, I am because of You, which is already an international bestseller.

He now plans to open up a Café in Barcelona which will be run by refugees and homeless people.

I must say people like Amin is a gift to our society.

Google Cloud and Other best cloud storage, Why so famous

Meerut City 's Iconic Stand Up Comedian At The Age Of 28 - Know His Struggle...

Google now allows users to share their own Street View images on Google...