68-year-old actress, Deepti Naval went through an angioplasty at a Mohali hospital on Monday (October 19). She was discharged from the hospital on Tuesday (October 20) and says that she is fine now. 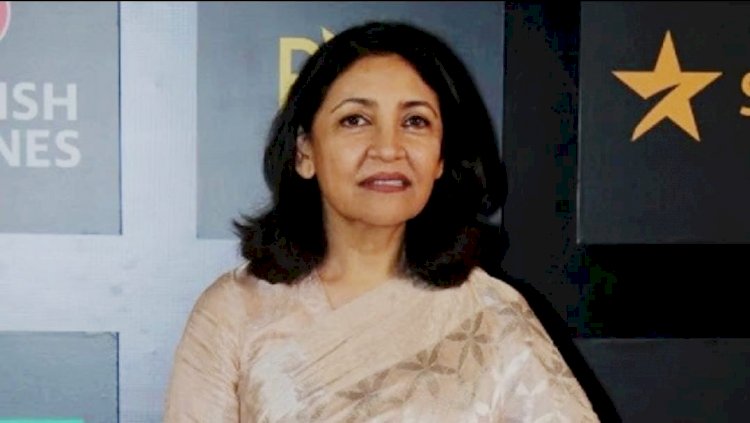 68-year-old actress, Deepti Naval went through an angioplasty at a Mohali hospital on Monday (October 19).

She was discharged from the hospital on Tuesday (October 20) and says that she is fine now. According to the news, on October 18, reports appeared that Deepti Naval had been hospitalized after suffering a heart attack.

Deepti Naval was born on 3 February 1952. She is an Indian-born American actress, director, and writer of Indian origin mostly active in the Hindi cinema. Naval was married to the filmmaker Prakash Jha and the two have an adopted daughter, Disha.

who has acted in notable films like Chashme Buddoor, Ankahee, Firaaq, and Memories of March, and many more?

She was last seen in web-series Pawan and Pooja. The show also starred Gul Panag and Mahesh Manjrekar and told the story of modern-day relationships. Recently in 2019, Naval appeared in an episode of Made  In Heaven, as a guest appearance in a web series on Amazon Prime directed by Zoya Akhtar. She played the role of Gayatri Mathur on the show.

WHAT IS CORONARY ANGIOPLASTY?

Coronary angioplasty is a medical procedure in which a balloon is used to open a blockage in a coronary (heart) artery narrowed by atherosclerosis. This procedure improves blood flow to the heart. Atherosclerosis is a condition in which a material called plaque builds up on the inner walls of the arteries.

Acknowledging to the reports, Deepti Naval replied to a text message and told PTI ( new agency) that “it was a heart symptom.” Confirming that she had undergone angioplasty, she replied, “That's true (about the angioplasty) and I'm perfectly fine now.” The content of this site, such as texts and images are only for informational purpose, is not intended to mislead. We only encourage you to make your decisions based on reviews and research. Although the author has made every effort to ensure the facts of information, he/she has not assured any form of harm or loss.

Microsoft CEO Says Company Is On 'Right Side' On Antitrust Fight

Parag Agrawal’s Successful Journey from an Engineer to Twitter CEO