Sonu Sood Appointed As The State Icon Of Punjab; Says It’s A Grateful Feeling To Get This Honour

Sonu Sood has been on the top of media for his humanitarian work amidst the COVID-19 crisis. The ECI (Election Commission of India) has recently appointed him as the icon of Punjab. 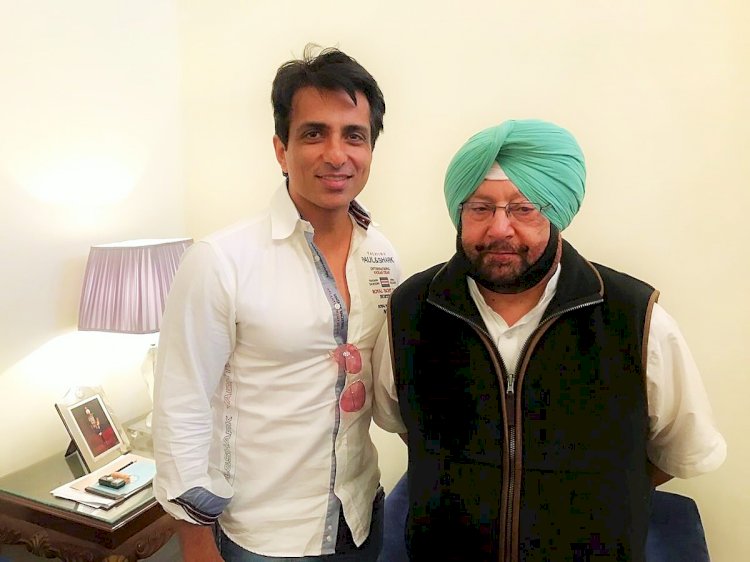 Sonu Sood has been on the top of media news since the lockdown started. The actor is always on the news headline for his humanitarian work amidst the COVID-19 crisis. He has been the reason for a smile to thousands of migrant workers during this hard time. His deeds appraised and also by the government as well. The ECI (Election Commission of India) has recently appointed him as the icon of Punjab. Yes! That’s a huge thing. But yes, we must say that it’s a well-deserved title appointed to him.

Let’s read to know in detail.

Although, knowing the fact that the actor well deserves this title due to his noble deeds amidst the COVID-19 pandemic, still feels honored to receive the same. Right from helping migrant workers get back to their homes to bringing home students stranded in foreign nations, Sonu Sood has done all he could till the last bit. He is now known as the ‘messiah of the poor’ because of his deeds. He does all these by using social media and people around so that the reach is to everyone.

Now it is reported that the Election Commission of India (ECI) has recently appointed him the state icon of Punjab. Worth title for his deeds!

The actor has expressed his happiness and says that he feels overwhelmed and grateful for this honor given. Having been born in Punjab, this appointment means a lot to him said the actor in one of his interviews. “I am happy to have made my state proud of me and I am motivated to keep working hard.” said the actor.

He even announced some time back that he has been writing a book recounting the experience with the migrant workers and helping them amidst the COVID-19 lockdown. It will be written in the first person and is named ‘I am Messiah.’ It will reportedly also include the challenges that he himself faced while helping the people. It will be so much amazing to read about his journey to help migrants during such a pandemic situation. It is also heard that writer Meena Iyer has co-written the autobiography that is expected to roll out by mid-December. Sonu Sood is an example of humanity in the toughest time! Whatever he has done can never be forgotten.

My dear folks do let us know your views on the same and we will keep you updated on the upcoming news. Till then stay tuned.