Going by the official notice, there will be five cut-off lists this year. In case any seat is left vacant after these lists, further cut-off will be announced. 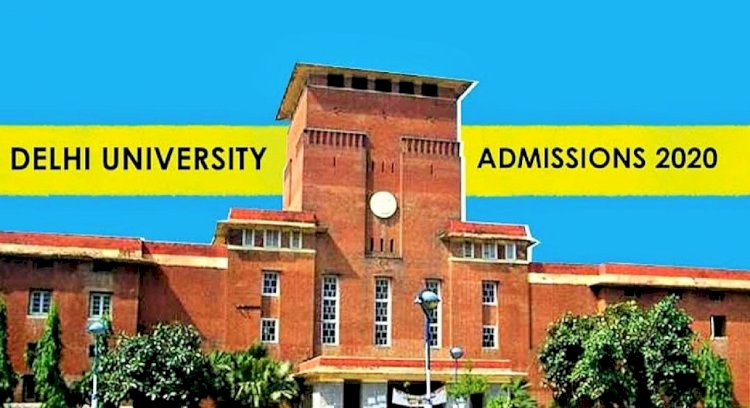 The first cut-off list for admission to undergraduate courses at the University of Delhi (DU) will be released on 12th October, according to the schedule released by the varsity. Students will be able to check the cut-offs at du.ac.in as well as at the websites of respective colleges. Going by the official notice, there will be five cut-off lists this year. In case any seat is left vacant after these lists, further, the cut-off will be announced.

A record 3,53,919 students had applied for 64,000 undergraduate seats across colleges in DU this year, which is about a lakh more than that of last year and the highest in the past three years. Due to such a high number of applicants, the cut-offs are also expected to go higher this year. Further, St Stephen’s, which is affiliated to the DU but conducts its own admission process, has already set a tone for the rest of colleges as well. Delhi High Court has dismissed the plea seeking an extension of DU college admission deadlines in today’s hearing. This means that DU Cut Off dates is expected to release soon. The expected cut off would release soon on the official site of Delhi University at du.ac.in. The detailed schedule will have the cut-off dates for undergraduate, postgraduate, and Ph.D. level courses along with document verification dates. This year as per DU official, students must not expect many dips in the cut-offs. Executive Council member Rajesh Jha said that the cut-offs for top colleges were unlikely to be affected. This, in turn, may adversely affect the students, especially those who have missed more than two papers.

Meanwhile, Delhi University has also informed the High Court in today’s hearing that DU OBE Result 2020 cannot be released before October end due to a shortage of resources as well as manpower. However, the court has asked the University to inform it on the next date of hearing about the percentage of answer sheets evaluated and the status of integration of the answer sheets, which were sent by students both via email and the Open Book Exam portal, before adjourning the matter.

Know How The US Returned Engineer Raised 30 Crores Business Empire With...

5 Easy And Effective Habits To Keep Your Heart Healthy