IIT Entrance failed! Now Has Her Own Start-up That Helps Youngsters To Get Admission At Their Dream College

In recent times, getting admission to a good college has become so competitive that students have to undergo a lot of mental pressure to get admission to their desired university or college. Moreover, on top of that, there’s a fight for employment as well due to the population growth and lack of availability of resources. 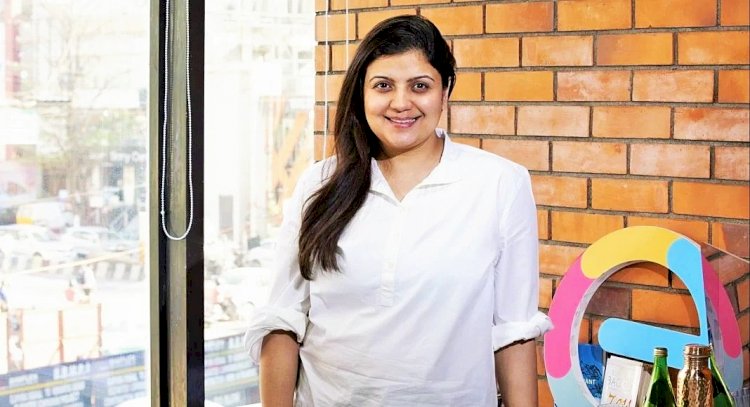 However, every parent and every student wants the best college to study so they end up going for paid coaching programs and classes to get through the entrance examinations. But the sad but true fact is only a few of these students get selected in these institutions. Parents invest all of their money and resources in these coaching centers.  But still, they do not get the desired outcome. The entire pressure then comes on the child who had to undergo emotional and mental pressure of failure. The reason behind the failure remains suppressed and unknown!

To throw all these issues into the trash and change the gameplay of these coaching centers Aditi Avasthi, the founder of the online test exam portal “Embibe” stated her first initiative. This girl was also one of those students who failed in the entrance examination of IIT-JEE in the year 1999. This failure made her realize that there was a lack of correct guidance. So, she decided to find out a way so that what back then she faced is no longer a problem today. She decided to make her failure as her success.

Aditi then decided to go to Chicago to get an MBA degree. There she started working with consulting firms like Ben and Co. and during this time span, she even got a chance to work for companies in the US and Africa. But she chooses to come back to India.

From there, her journey started!

In 2007, Aditi traveled to 15 cities in India and met many students and teachers from various coaching classes.  After having a session with them she realized that these centers were only after getting business and earning money. They just provided audio and video recordings which lacked understanding and guidance. There was no personal guidance. The first thing that strikes her mind was how a teacher can understand the weakness and strength of a student without interacting with them personally. And on top of it, students also without the knowledge of their areas of improvement blindly trust the centers and read the notes given without even proper understanding. So, Aditi geared up and decided to find out a solution to this problem using the digital platform. She stated with conducting online tests for students where the analyst will check their answers and give feedback to each student individually. It will also guide the student by telling how to time the student took to solve each answer, how the student can improve the areas of mistakes done, and which fields they need to work more on.

So that every year her friends and relatives helped her financially. So, she all together from her savings and loaned money launched an online test portal named “Embibe”. Big companies like Kalaari Capital and Lightbox after seeing the concept and huge scope in this portal ventured around 24crores! Yes, you read it right. When the intentions and targets are clear success has to come!

Today, Embibe has more than 3lakhs students who appear for the online test exam. Now embibe have a team of 70 Analyst who after each exam guides students individually with the areas of improvement. She even revealed in one of her interviews that Indian coaching centers almost charge 50,000 to 1lakh for the entrance courses whereas Embibe prepares students with the one-fourth amount. The best part of Embibe as per Aditi is there is no need for a classroom or place it's completely digital yet personalized for each student.

ALERT! Robots Are Coming To India In Next 10 Years

How This Kota Based Home Dècor Startup Is Providing Trending Furniture...

“Financial Prophet”Raghuram Rajan, Governor of the Reserve Bank of India...