Actress Kangana Ranaut was honored with the Padma Shri award in New Delhi on Monday. 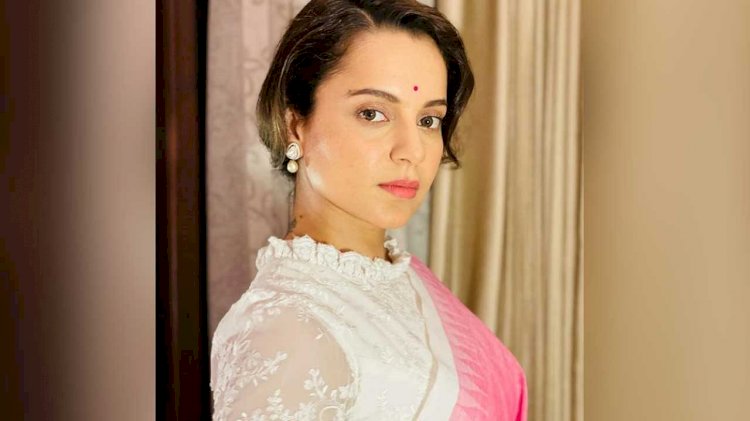 The actress is overwhelmed after receiving the honor. To note, the Padma Shri is the fourth highest civilian honor in the country. It was a proud moment for everyone in his family and also for his fans. After receiving the award, the queen actress also posted a special video message for everyone. Later, he also thanked the entire nation for the award with the picture.

Taking to her official Instagram, the actress wrote: "A long time ago, when I started my career. One question bothered me… I asked myself whether someone wants money, someone wants a fan…. Some want fame and some just want attention…. what do I want? I always knew that as a girl, I wanted to be honored and that is my treasure. Thanks to India for this gift." In the picture, she is seen draped in a sari and standing with the honor that is being presented by President Ram Nath Kovind.

The actress wore a beautiful Sabyasachi saree in gold and beige. She finished the look with heavy pearl earrings and a bun. Her makeup was gentle and she looked gorgeous. Apart from her,  Karan Johar, Adnan Sami, and Ekta Kapoor were also honored with this honor. However, Karan and Ekta were not seen in the function. On the work front, Kangana will next be seen in Dhaakad and Tejas. The actress has recently completed the shooting of Tejas, who will be seen in the role of an Indian Air Force officer.