Kareena Kapoor revealed that she would have eloped with Saif, if her parents would have denied her marriage with him. 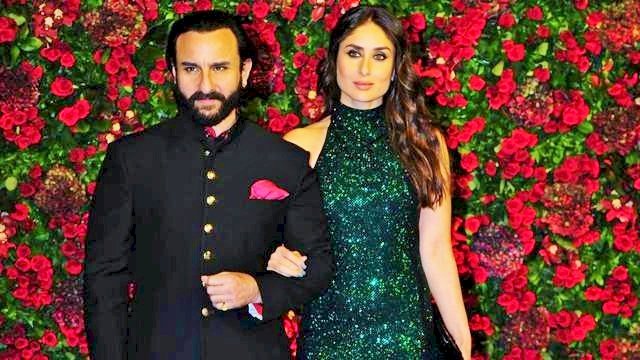 Saif Ali Khan and Kareena Kapoor Khan tied the knot on October 16, 2012. On celebrating 8 years of bliss together, Kareena took to Instagram and posted an adorable love note along with a heartwarming photo of the duo. Kareena Kapoor wrote: Once upon a time there was a girl named Beboo and a boy named Saifu. They both loved spaghetti and wine... and lived happily ever after. Now you guys know the key to a happy marriage. On that note, happy anniversary SAKP... here’s to eternity and beyond.

Soon after she posted, the whole Bollywood fraternity started commenting on Bebo's post from Dia Mirza to her bestie, Amrita Arora everyone wished this beautiful couple a happy anniversary. Kareena is currently pregnant with Saif's second child and the couple is expected to be parents soon. Saif and Kareena make for one of the most loved couples of Bollywood but did you know many people warned Kareena against marrying Saif at the peak of her career. However, she was so in love, she did it anyway. She also went on to say that had her parents opposed her marriage, she would have eloped with Saif as she was so much into Saif. The duo has also appeared in various ads together and on the work front, they have worked together in various films such as LOC, Kurbaan, and Omkara among others. The duo is fondly called Saifeena by their fans. On the work front, Kareena is due to appear in few films but since the lockdown came into force, the couple decided to plan their second baby and will be parenting a newborn soon. Kareena has always been vocal when it comes to Saif and has said that she married while she was at the prime of her career but never regretted her decision. She is one of those rare celebrities who hardly posts on social media and that is the reason why she has just a Lil over 4.5 million followers on Instagram. The figure though is huge but in comparison to the other actresses, the figure looks small.

Here's wishing one of the most adorable couples of Bollywood a very Happy Wedding Anniversary!!

Once upon a time there was a girl named Beboo and a boy named Saifu. They both loved spaghetti and wine... and lived happily ever after.

On The Occasion Of Air Force Day Actress Kangana Ranaut Share The Highlights...

Wallmantra: An Indian Startup With Their Modern Designs Is Gearing Up...