Born and brought up in small town of Odisha, vikash das witnessed the troubles of tribal people out there and dedicated himself to the welfare of these people when he was only 24 years old. After facing a lot of hindrances he successfully launched pilot projects and finally his giant project Vat Vrikshya to help out these tribal people, especially the women in Odisha, Jharkhand, Chhattisgarh, and West Bengal. The journey wasn't smooth, but was inspiring indeed. 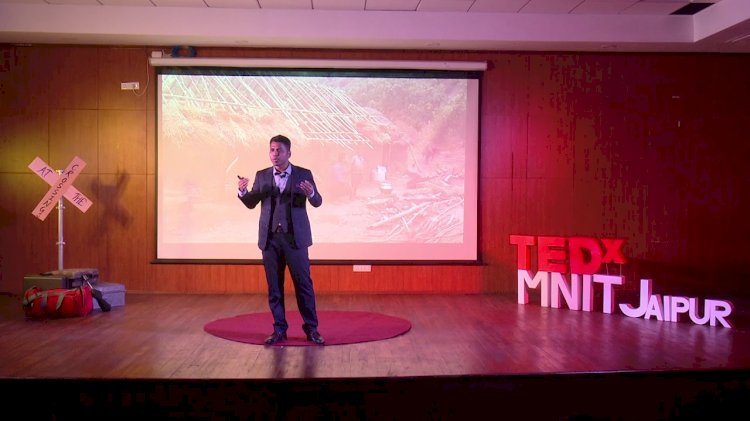 Vat Vrikshya, literally means banyan tree, was founded in 2014 by Vikash Das, a software professional, who sacrificed his highly successful career in IBM, Bangalore. His motto was to provide diversified and sustainable livelihood opportunities to countless tribal women of Odisha. Vat Vrikshya is a collaboration between people from diverse backgrounds including those who are determined to make their lives better by becoming the change agents. Without any office space, the entire operation was carried out under a banyan tree with only one woman as Vat Vrikshya's first customer and entrepreneur. Vikash Das was born and brought up in the small town of Balasore, Odisha. After completing his schooling at Kendriya Vidyalaya and Bachelor's degree in Information Technology from the Visvesvaraiah Technological University, he went to pursue a Masters's degree in Software Engineering from Manipal University. Then he joined as an IT Security Analyst at IBM Corp. Bangalore, India. Upon being taught, "Vsaudhaiba Kutumbakam", he felt immensely disturbed after witnessing the discrimination towards the tribals and the hypocrisy of the so-called civilized and liberal society. Then he tried to venture out the root cause of this discrimination, finding that mainly the reasons are poverty, illiteracy, malnutrition, and racism. This worked as a fling. He initially tried to help them out through charity work which was eventually proved to be a momentary relief. He realized that charity could provide them only a few days' comforts but education, vocational training, awareness could bring the ultimate solace providing them the opportunity for earning a livelihood. For this, he left his healthy job and handsome salary in Bangalore, and started to visit and to stay in the remote tribal hamlets of Odisha to understand the ethos of these people. Finally after encountering endless obstacles, even death threats from the Maoists, he launched Vat Vrikshya in April 2014. It is a concept and a platform where all the people from different backgrounds of society work altogether to support each other. It's not about privileged helping less privileged, but giving the unprivileged a platform and plan of actions according to their convenience in the aim of building a harmonious and sustainable society. Sukrima Majhi, a 65-year-old widow who was once not allowed inside a temple because she belonged to a lower caste; Tikuri Murmu, 52, lost her husband but had three children to feed; Rani Hembrum, a young woman who was suspected by her villagers of practicing sorcery and witchcraft and was thrown out of the village- these women are the only three faces out of 18,000 tribal women who are now living a life of dignity, earning almost 2/3 times higher than the previous and have become successful social entrepreneurs. Vat Vrikshya is helping them to open bank accounts, to get loans, to have vocational training according to their skill and convenience and bringing them the global customers of tribal arts and handicrafts and thus promoting and preserving their culture and heritage while ensuring the strict elimination of the middlemen from the chain. It also organizes counseling sessions and tries hard to lower the number of school drop-out students.

Vikash Das and his team of 72 volunteers are working diligently each day so that no child sleep hungry, no one is marginalized and discriminated, no tribal is beaten or thrown out as Vikash said, "I thought to myself, I would rather try and fail than not to try at all and haunted by the 'what if' question all my life" because "I get joy when I realize that I could bring a smile on someone's face because of my work. So I am doing works for inner happiness."