After a long wait, Akshay Kumar fans are in luck as his epic film Prithviraj, about the life of India's bravest Samrat Prithviraj Chauhan, will hit theaters in January 2022. 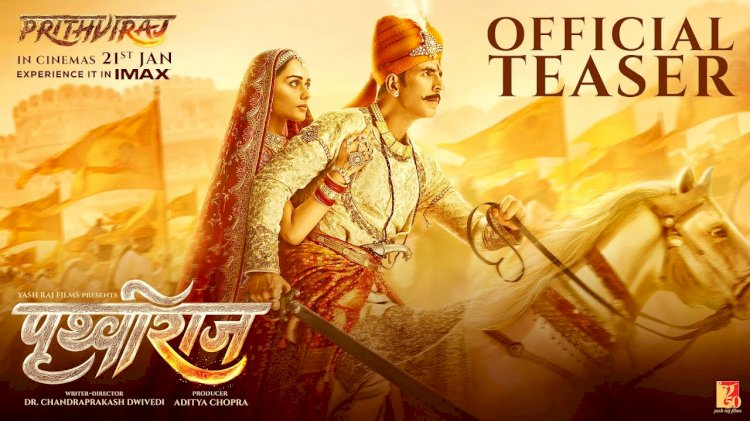 Today Prithviraj Teaser was released and gave us a look at it in an epic saga starring Akshay as the brave emperor. Manushi Chhillar, who will make her debut, was considered a beautiful and courageous Sanyogita. The 1 minute and 22-second long teaser give you goosebumps.

Akshay Prithviraj shared teasers on his Twitter account and wrote: “A heroic story of pride and courage. Proud to play Samrat #Prithviraj Chauhan. Celebrate #Prithviraj with # YRF50 only on January 21st on a big screen near you ”. Akshay says of the film: “Prithviraj's teaser captures the soul of the film, the essence of the life of the legendary warrior Samrat Prithviraj Chauhan, who knew no fear. This is our homage to his heroism and his life. When I read about him, I was more amazed at how he lived and breathed every second of his glorious life for his country and its values.

The superstar adds: "He (Prithviraj Chauhan) is a legend, he is one of the bravest warriors and one of the most sincere kings our country has ever seen. We hope that Indians around the world will like our greeting for this courageous and powerful heart. "We tried to portray the story of his life as authentically as possible, and the film pays homage to his unparalleled courage and bravery." Sanjay Dutt is seen as a ruthless intruder, Muhammad von Ghor. In Teaser we see Samrat waging an epic war against Sanjay. Sonu Sood can also be seen at a glance.

The beautiful Manushi plays the role of his girlfriend Sanyogita and her launch is undoubtedly one of the most anticipated debuts of 2022. Prithviraj is produced by Yash Raj Films and directed by Dr. Chandraprakash Dwivedi, who staged Chanakya's greatest television epic - based on the life and times of India's most influential political strategist and prized Pinjar. Prithviraj will be released worldwide on January 21, 2022.

China Rejects Need For Further Investigation Into Origin Of Coronavirus