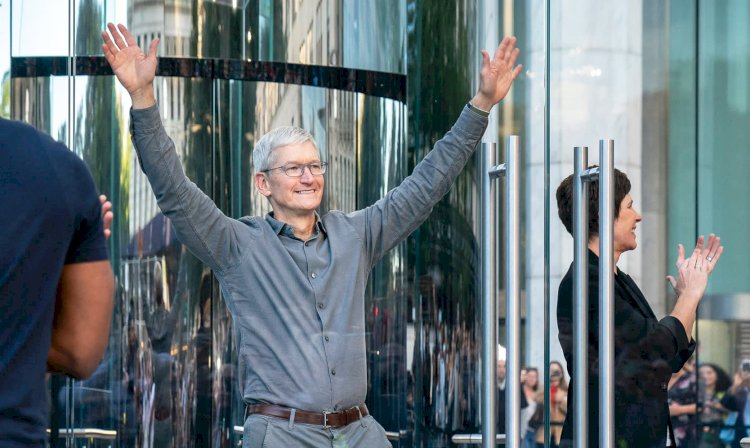 The spike in Apple's stock value on Tuesday occurred around 12:15 PM IST (1:45 PM ET in the US) when the stock hit $ 182.86 per share. Multiply that by Apple's 16.4 billion outstanding shares for the world's first company to hit $ 3 trillion. However, shortly after reaching the border, Apple's market capitalization collapsed below and did not rise again until the market closed, otherwise requiring the company to acquire the title of the world's first company. which is publicly traded with a value of $ 3 trillion.

Apple's huge success, even for a second, can be attributed to the success of the iPhone, which has been a stellar product for the company and also a dairy cow since its inception. Other products like Mac, iPad, and software services have also made important contributions in recent years.

In the post-Covid era, Apple has largely come forward as a strong brand. This meant that he didn't have to face many difficulties, at least as much as his opponents. But there were still challenges that Apple CEO Tim Cook warned against. The biggest challenge has been the disruption of the supply chain, which delayed the iPhone's launch last year, while this year's issues have led to premature stocks of the iPhone 13.

"We are optimistic for the future, especially as we see strong demand for new products," Cook told analysts at the time.

Cook was the driving force behind every step Apple took after Steve Jobs. Three years ago, Apple became the number one company in the world with a market capitalization of $ 1,000 billion, whereas two years ago, this capitalization rose to $ 2,000 billion. But Apple's arrival as a $ 3 trillion company is a prime example of how an innovation-driven company can bounce back from near bankruptcy in 1997.

"Apple has focused on mass-market products like the iPhone, AirPods, iPad, iPod, and now AirTags. And not just hardware, Apple services like Apple Music, iCloud, and Apple Arcade make it easy for users to access music, games, and more." But because Apple required a user to subscribe to access these services, its service business grew rapidly. At one point, Apple realized that it had to stop not only counting hardware sales but also considering services.

Kashmir To Kanyakumari: Top 5 Mountain Destinations In India To Visit...