On 29th july, 2020 Rafale fighter jets touched the ground of Ambala and became a significant event in India’s current geo-political situation. Rafale deal was a significant occurence regarding IAF’s combat capabilities. Balakot Air strike (February 26, 2019) showed conclusively, how IAF was ill equipped in its combating role (though the strike was a success, but it was against non conventional forces and their camps, Not against highly modernized conventional forces like PLA).Hence the need to modernize IAF felt more than ever. 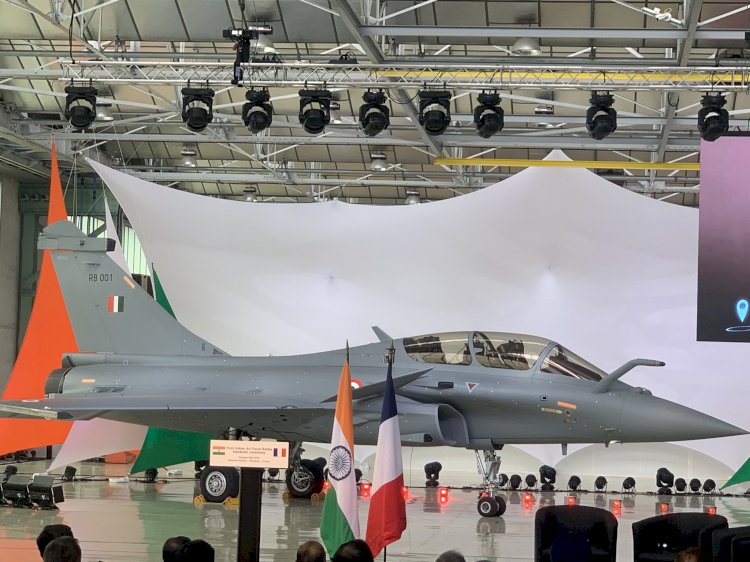 IAF had gone through a very gruesome process regarding selection; it rigorously tested six 4th generation plus fighters- F16IN (USA), Rafale (France), Gripen NG (Sweden), Eurofighter Typhoon, and Mig 35 (Russia). After prolonged testing, IAF decided Rafale and Eurofighter Typhoon would be the best suited for multi-combat roles even on 6000ft above sea level. Among these two, Rafale had been chosen for cost-effectiveness. Defense Acquisition Council had also given permission to acquire Rafale, as the threat from the neighborhood country was increasing and the two front wars became a topic of discussion in the strategic ambit. To expedite the process GOI had gone through govt. to govt. route (September 2016) to purchase the fighter jets and placed an order for 36 Rafale jets which cost almost 60,000 crores making it the biggest ever defense deal of India. The 5 aircraft that have reached is the first batch of that 36 supersonic omnirole combat aircraft. Out of 36 jets, 30 will be fighter jets and 6 will be trainers with full combat capabilities. HOW RAFALE JETS WILL ADD TO THE  POWER OF IAF:

SIGNIFICANCE OF THE DEAL:

India-China faceoff at LAC and bloodshed after several decades have broken the myth that the Rise of China is a peaceful rise. India for a long time ignored its Eastern border and it resulted in unchecked Chinese rise as an imperialist power. The military imbalance titled to China became a serious concern. The sovereign debt of Pakistan has been added to this crisis and has pushed India towards Two Front War possibilities. The territorial compulsion of India-China has already minimized the Chinese military supremacy because the area of disturbance is high altitude region where India is much more comfortable, equipped, and experienced. Hence, the inclusion of Rafale has significantly made India a heavy-weight.

With the rise of the Indian economy, the strategic interest of India has also increased. Small ASEAN countries like Vietnam, Philippines are facing serious threats from China. With the induction of such a high-quality aircraft that is more powerful and qualified than China's J20, India will be highly equipped to protect the ASEAN interests and to check China on the South China Sea. It is undisputed that Rafale was the need of the hour, but after all, it is purchased, not indigenously built. The 3rd largest economy of Asia with such an extended strategic interest can't be solely relied on the foreign purchase, whereas the main adversary (China) is pushing itself towards self-manufacturing. The policymakers really should focus and give importance to defense production and here, the Indian Navy can be a great example as the Navy with its cooperation from Indian Shipyard has made state of art Naval Carriers and War-ships that are one of the finest in the world, that too completely indigenously.