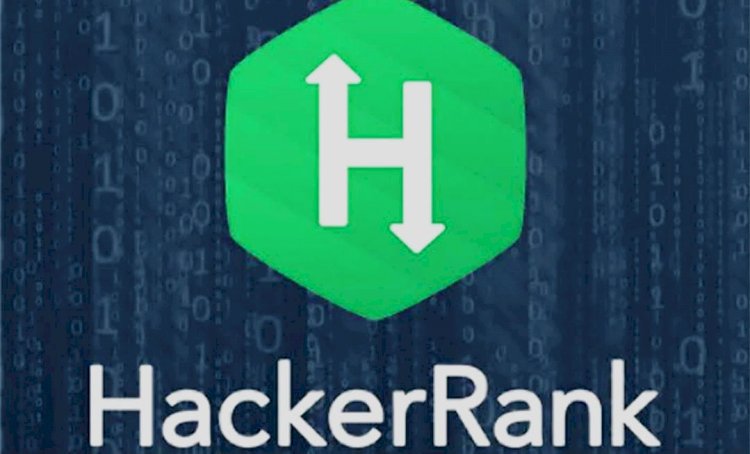 With this precise idea in mind- to ease the process of hiring programmers in the tech industry, Harishankaran Karunanidhi and Vivek Ravisankar decided to open their own site.

Where it all Started

They completed their graduation from National Institute of Technology, in the month of August. They both got jobs through campus placements. Harishankaran got a job with Amazon and Vivek landed with IBM.

But everything wasn’t perfect. They were unsatisfied with the hiring process and wished to ease the process for programmers.  This idea took hold and they finally decided to quit their jobs and give it their entire time. They joined a Chandigarh based company that would provide startups with seed funds and startup accelerators- “the Morpheus”. They then locked themselves in a room for ten days and emerged with ‘InterviewStreet’ in the month of December 2010. Surely this was a high point for them and immensely inspiring, but despite working very hard for several months, there were still not enough transactions. They decided it would not do to carry on like this. The time of R&D was back. At this time they came to know about “YCombinator”, where any startup would want to be.

However, when they tried for Ycombinator they realized that there was another company that had a very similar idea and outlook as theirs. However, they managed to crack the interview because of the little stint in Chandigarh where they had clients and could prove their worth.

The turning point came when they received their first funds from YCombinator, a good sum of 150,000 USD which they offered to every start-up associated with them, and which would, later on, convert into equity. With this infusion, they developed their product even more and came back into the market with renewed vigor.

In just a matter of months, they were able to bag some of the biggies like Facebook, Flipkart, Cleartrip, and so on. What InterviewStreet basically did was that it created a platform where programmers could come, solve interesting challenges related to programming and the companies would lap them up. InterviewStreet would charge them anywhere from 3,000 to 5,000 USD based on the number of people the company recruited from their site. By 2011 they managed to break even and finally started getting profits. But what came next completely did it for them. In March 2012, they were hired by none other than the White House to come up with a technology platform that would help in promoting an important goal of Barrack Obama himself. In no time they developed the platform and handed it over.

With this stint they received all the global popularity they had desired and it was the ultimate boost for the startup. In no time did they receive their first VC funding from Khosla Ventures, a whopping 3 million US dollars.

But they weren’t done for the year yet, in July 2012, they announced the launching of their platform for programmers- HackerRank. This was a platform open for all programmers which were free of cost, the programmers could develop their skills, check their caliber upon the hundreds of challenges that were available on the site. HackerRank would charge the companies that wanted to hire programmers from their site.

By 2013, they had a success story ready with InterviewStreet and HackerRank having a customer base of over 1,000, a huge community of programmers with over 150,000, and a nice retention percentage of 70%. Their client base boasted of over 5,000 companies with the majority being from the US, Russia, Australia, Germany, and China. Now, they have counted along with the big stalwarts in the business like Codelity and Hirevue.

But they weren’t going to site contended. In January 2014, they declared that they would be combining both their brands; HackerRank and InterviewStreet into HackerRankX which would be the best of both worlds. It would have new improvised functions, like helping the client's screen candidates and conduct telephonic interviews with analytics and insights that would be based upon certain algorithms, more and tougher challenges, and so on.

However, they needed to maintain their current rate of growth for stable development, which would become shaky with this merger. They decided to raise funds and by June of 2014, they had managed to raise a gigantic amount of funds- 9.2 million US dollars from the Khosla Ventures, along with several individual investors. From that day, the company has been scaling newer heights with every passing quarter.

Now, they are growing at a marvelous pace, they double their revenues every quarter, recorded a growth of almost 11 times up from last year. Not only just programmers, but hackers have also been joining the community, with over 50,000 of them being added every month. They have some of the most prominent clients in the biz namely Twitter, Facebook, Quora, Evernote, and many more.

Elon Musk surpassed Bill Gates to become the 2nd richest person in the...

iPhone 13 Series Will Be Launched Next Month, Know What Will Be Special...