Recently, Finance Minister Nirmala Sitharaman said that demand for consumer goods has picked up during the festival season, which runs from October to March, and could help to rejuvenate the economy but growth may contract or be near zero in the current fiscal. 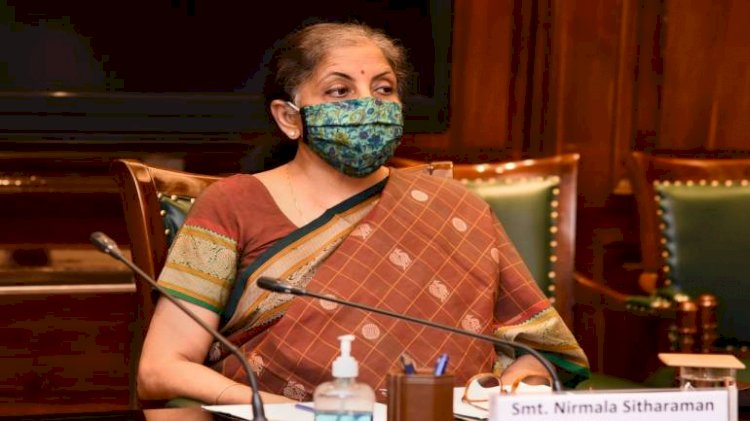 The economic impact of the coronavirus pandemic in India has been largely disruptive. India's growth in the fourth quarter of the fiscal year 2020 went down to 3.1% according to the Ministry of Statistics. The Chief Economic Adviser to the Government of India said that this plunge is mainly due to the coronavirus pandemic effect on the Indian economy.

Recently, Finance Minister Nirmala Sitharaman said that demand for consumer goods has picked up during the festival season, which runs from October to March, and could help to rejuvenate the economy but growth may contract or be near zero in the current fiscal.

Speaking at the India Energy Forum of CERA week, she said infrastructure, fintech and all employment generating and asset creating industries would be priority sectors for the government. The recent data indicates a revival in the economy, with PMI number being the highest since 2012.

India will regain the tag of the fastest-growing major economy next year, she said. The economy saw a compression in the April-June quarter, but demand has picked up in the festival season.

After a meeting with nearly 20 honchos of private sector banks, NBFCs, housing finance companies (HFCs), and small finance banks (SFBs) here, she said: “On the whole, it was a very tonic-like meeting where I heard good things, positive things. None of those who were present today expressed any concern over liquidity.”

She further said, "Festival season has commenced in India, as a result of which I expect the demand to go up and therefore, be sustainable also."

Speaking about the country’s energy requirements, She said, "efficient gasification will push the Indian economy" and that the country is looking at effective usage of biofuels. "India is ready to partner with private players for nuclear energy," she further added.

The content of this site, like text, graphic, and images are intended for informational purpose. It is not intended to be misled. Although, authors have made his / her efforts to bring the truth and facts. He /she is not credible for any kind of loss or harm.

How the Work From Home In COVID Situation abolished the Gender Bias?