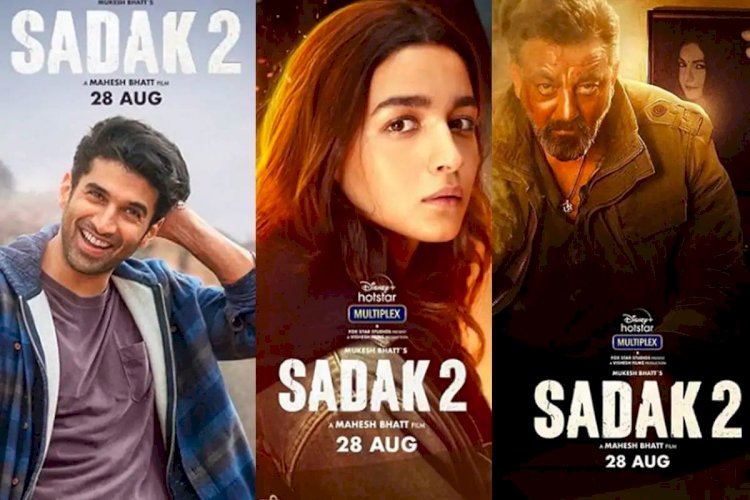 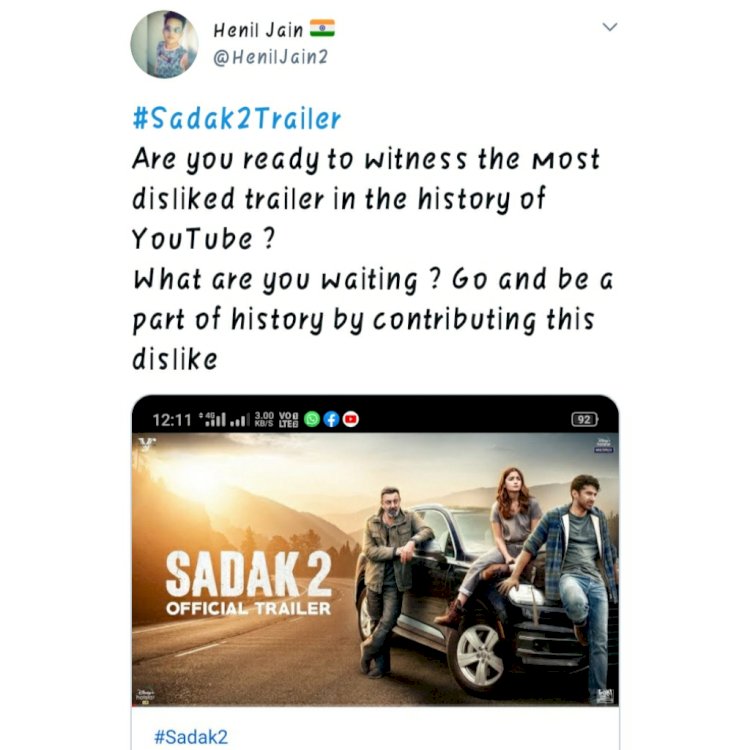 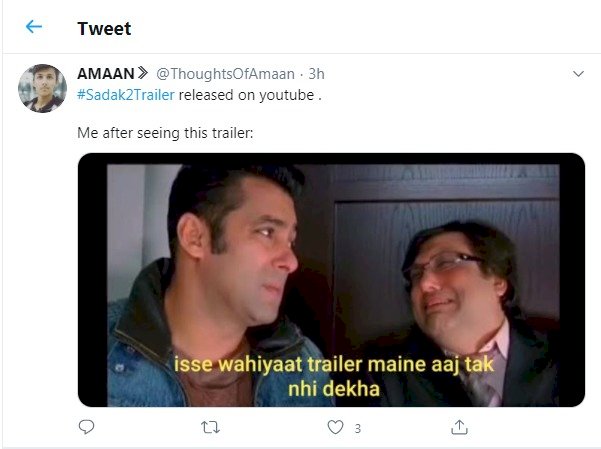 Today, August 12, the trailer of Director Mahesh Bhatt starrer 'SADAK 2' was dropped on an online platform which is a sequel of 'SADAK' released years back in 1991. The film starring Mahesh Bhatt's daughter, Alia Bhatt, and other actors like Aditya Roy Kapoor and Sanjay Dutt will be releasing on the digital platform on August 28 as happened in case of late actor Sushant Singh Rajput's 'DIL BECHARA' which was released on DISNEY+HOTSTAR.

The much-awaited trailer of SADAK 2 is finally out today. Although the movie was to release on July 10 this year, the Covid-19 crises urged the film-makers to postpone the date. The movie features Alia Bhatt, Pooja Bhatt, Aditya Roy Kapoor, and Sanjay Dutt where the director, Mahesh Bhatt itself returns to direction after 21 long years!
The sequel of SADAK(1991) starring Sanjay Dutt is shown as a character, Ravi Verma who lost the reason to live after the death of his beloved Pooja Verma aka Pooja Bhatt. Thereafter, Arya aka Alia Bhatt comes in the life of Ravi Verma and the two along with Aditya Roy whose character name is still to reveal, went on a road trip to Kailash mountain. The official poster of Sadak 2 also shows a car on road with Alia, Sanjay, and Aditya Roy posing there which clearly indicates the movie to be mostly road-shoot. Recently, Mahesh took to Instagram to share his feelings ahead of the film’s release as he wrote,

“Today as we begin the last leg of our journey. I feel unshackled! I carry no burden, no weight. No reputation to hold on to. No mission to accomplish. Nothing to prove to anyone. If the film works it belongs to all of you. If it does not, it’s mine. That’s the duty and also the privilege of the Director. You all gave me so much love and support for which I am very grateful. I love this film because each one of you made this possible. Ahh, now I feel like a free bird. My wilderness is calling me. Saying ‘Mahesh chalein?’”

After Mahesh Bhatt got defamed for 'nepotism' in Sushant Singh Rajput's death case, the audience was angry with him and few other peoples, his film Sadak 2 was under discussion to boycott releasing of this movie. However, soon after the trailer dropped online, netizens took to Twitter to trend the #Sadak2Trailer and while some expressed their wish to watch the film as soon as possible, while others were not too impressed with the trailer and as a result of which, the trailer was massively mocked on Twitter, it was also a consequence of Mahesh accusation in Sushant's case. Also, reports suggest that the release of Sadak 2 trailer was postponed by a day after reports suggested Sanjay Dutt’s health deteriorated after he was diagnosed with lung cancer as the actor took to social media to inform his fans that he is taking a break from work due to medical treatment in the US. Actor, Sanjay Dutt was admitted to Lilavati hospital on August 8 and then discharged on August 10. Now he took us to Twitter telling he is all good and will be taking a short break from professional work for medical treatment. Although the 'Fox Stars Studios', Vishesh films have been under discussion by the people for its release, the film got released today morning, where the director wishes the movie to be well-liked by everyone. But there are some different news about the film where people say it hurts the 'Hindu sentiments'.
The eventual results of the movie will be soon under our consideration when people will watch the movie on August 28!!

Dropout Engineer Sold His Bike For 20,000 To Start His Career As Entrepreneur

This Indian Startup Is Bringing Back The Traditional Artwork In Form Of...