Detel has recently launched the cheapest bike in India named as 'DETEL EASY' which can run 60km when fully charged in 6-7 hours. Yogesh Bhatia, CEO of Detel is one of the best entrepreneurs who have further claims to make the cheapest phone and television in India. 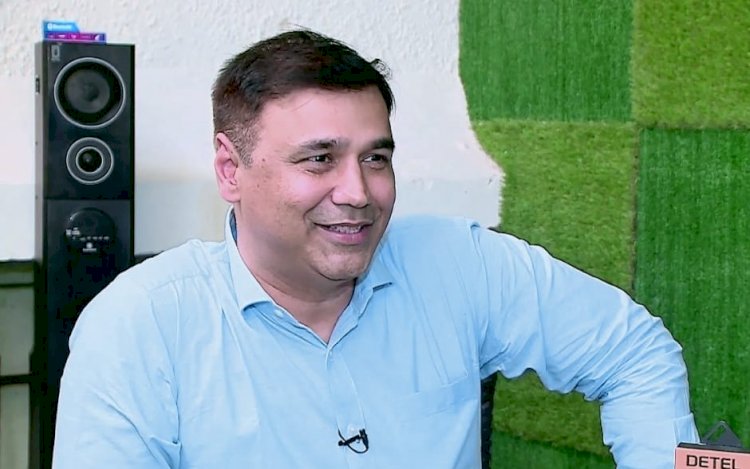 Detel India has launched the first most cost-effective two-wheeler vehicle. Its cost is Rs.19,999(including GST). The bike is powered by a 6 pipe controller 250-watt electric motor and has a top speed of 25kmpl.To ride this bike consumer neither requires a license nor the registration certificate. It has a 48V 12AH LiFePO4 battery that can be charged fully in 7 to 8 hours and can cover a distance of 60km when completely charged. Consumers also get a warranty of 3 years on a battery. This electric bike is named as 'DETEL EASY'. The global electric vehicle market demand was estimated at 2373.5 thousand units in 2019 and is expected to witness a CAGR of 41.5% 2020 to 2027. Similarly, in 2019, the government of India announced its plans to spend USD 1.4 billion to subsidize sales of hybrid and electric vehicles until 2022. The main reason behind the emerging electric vehicle industry in India is:

*AFFORDABLE PRICE OF THE ELECTRIC VEHICLE Stringent vehicle emissions regulations have led to a rise in demand for electric vehicles. European Union sets a target of net-zero greenhouse gas emissions by 2050. Electric vehicles produce less low emissions as compared to conventional vehicles. Due to this government around the world has increased awareness and promote the use of an electric vehicle to reduce oil consumption, air pollution, and other such emissions. Rising investments in electric vehicles are considered a major driver for the market. Companies such as Dailmer AG, Ford Motor Company, and Group  Renault are investing heavily in their plan to manufacture EVs.

Yogesh Bhatia, Founder, and CEO of Detel say that “We are extremely happy to announce the launch of our world’s most economical DetelEV Two-Wheeler. The EV industry in India is emerging on account of various factors such as the growing awareness towards the environment, increase in petrol prices, and stringent emission norms, etc. we feel that the consumption of the electric vehicle will grow up now than ever”. Mainly the company has launched this electric bike for the people who travel less distance in their day to day life. The company has launched this bike in three different shades: JET BLACK, PEARL WHITE, and METALLIC RED. On purchase of the bike, the company is giving a free helmet to the customers to ensure the safety of the riders. In addition, the company provides a pedal system connected to the rear wheel using a chain drive in the bike so that if you run out of charge you can pedal it. The bike features a utilitarian design to help with load carrying. This includes a basket at the front, a raised rider seat, a flat pillion seat, and a backrest as well. The flat seat can also take in luggage and a box to help delivery executives and fleet operators. It also features LED lighting on the entire scooter along with a fully-digital instrument console. It provides a clear indication of the charge left on the bike.

Detel India is aiming to connect 40 crore Indians with its vision. In the last several years, India has seen a new wave of a start-up culture. People have been coming with their own set of unique ideas and innovations. Some have been quite successful while some of them are in an ongoing process. YOGESH BHATIA is the emerging start-up unicorn who single-handedly brought storm in the Indian electronics market. His firm Detel launched a number of economical and sustainable products which has made people think about how he could do this.

YOGESH finds his inspiration from SHILPA AJWANI( ex MD Tupperware) and BHAWAN AGARWAL(CEO NDTV gadget 360). These are the people who have kindled a fire in him to do something beyond imagination.

Due to uncertainty in policies and lack of incentives over the last few years from the government electric vehicle sales are not growing. In 2019-20 industry volumes were at 1.56 lakh units but the sale of conventional vehicles that run on petrol and diesel were 21.5 million units.

Last but not the least Detel after launching the world’s most economical bike, the company claims are for the world’s most affordable feature phone (Rs 299) and television (Rs 3, 999) in the future.

How JARVIS Presents Steeply-Priced Funding Offerings To The Common Man...

3 Completed Projects To Be Inaugurated Today By Pm Narendra Modi. All...

Mukesh Ambani Is In Trouble, As He lost $ 5 billion As Oil Sinks In Reliance...