How This Boy Made Rs 32 Crore From Just Rs 20,000 And Revolutionized Marketing In India?

This is the story of a man who has already revolutionized advertising in India from 20,000 rupees and now has an annual income of 32 billion rupees with a single company CASHurDRIVE! 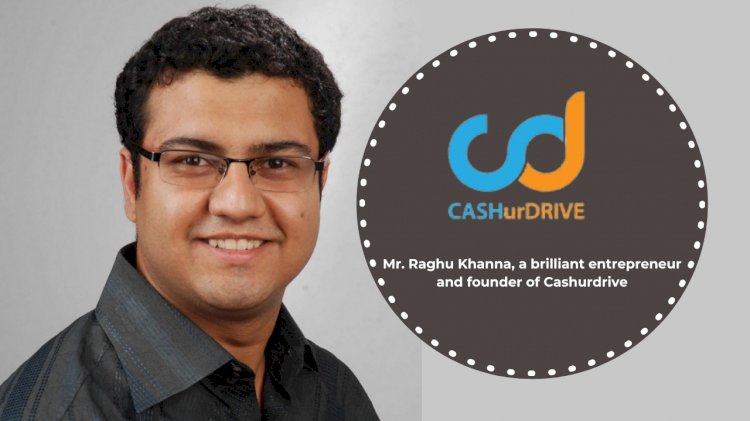 For this boy from Shimla, life could have been very different if he had taken the opportunity to do his Masters at the prestigious London School of Economics. He had his visa in hand and tickets were booked, but a frustrating traffic jam made all the difference. This is the story of a man who has already revolutionized advertising in India from 20,000 rupees and now has an annual income of 32 billion rupees with a single company CASHurDRIVE!

It is the story of a boy who failed two subjects on STD 6 and was almost on the verge of retaking the course. His fear of failure led him to be the first student in his school to pass the IIT. He switched to civil engineering and painfully turned to electronic communication. At the end of his studies, he received a job offer from an IT company, and the London School of Economics was ready to admit him to a Masters degree

Raghu Khanna was in a comfortable position and his parents thought he would have a comfortable life from now on, but when he drove to the airport he was stuck in traffic. He listened to the radio as much as possible and played on his cell phone until the time ran out. All that remained was to look out the window and read a liner written on the back of the vehicles. Then it occurred to him that vehicles on the road could be an unexplored advertising medium. He designed a model where people are paid to place ads on their vehicles and help companies increase brand value and visibility. But Raghu had neither the money nor the experience to start the business. He had to start from scratch and in 2009 borrowed 20,000 rupees from his father, who was a professor at Himachal University.

Raghu started to come up with an idea for people, but everyone laughed at his suggestion and rejected the potential proposition that advertising could only be in print, radio, or television. He had created a website that attracted 1,500 car owners and 8 advertisers in the first week of its launch. This reaction made him confident that his idea had potential and convinced a bakery owner to experiment with advertising stickers on his van.

It was a time of great struggle, and Raghu recalls not turning on the air conditioning to save money. His company was the first to develop the concept of advertising on wheels in India. He worked with a Bengaluru-based digital printing network that was an expert in making vinyl prints that peel off without damaging the paintwork of vehicles.

5 EFFECTIVE STEPS TO BUILD CONFIDENCE THAT IS UNBREAKABLE.