Memechat : An App that Helps Creators to Earn Money Based Upon Their Creativity

We all enjoy Memes on Facebook, Instagram, and other social media platforms but what if you get paid to make memes and upload them online. Sounds Interesting right? 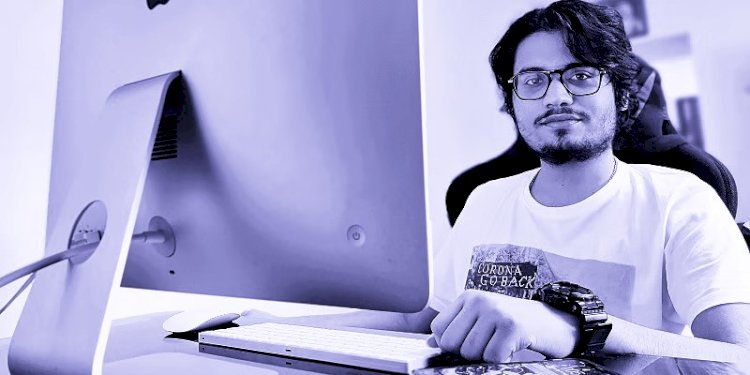 Memechat pays you Rs. 5 to Rs. 30 on every meme that gets approved after you upload it. The payment depends on the category of the Meme you are uploading.

With the craze of social media these days, the popularity of internet memes is on the top. Sharing photos and video memes on every topic is now a trend. Be it jokes, celeb talks, dark or dank humor, political or social, memes have become an inseparable part of our virtual lives. But what if you can get paid to create memes? Yes, you read it right...

In 2019,  TaaranChanana and Kyle Fernandes, both 22 years old,  thought of starting something like this. They tried to express themselves in the form of Meme and statted to get payment against it.

Let's know about the founders: The duo jodi from SRM University got graduated in Computer Science this year. But they have been developers since the age of 15. You are surprised ?? Even me ! Let's read:

They met each other when they were studying in Delhi Public School (Gurugram), and became good friends due to their mutual interest in software and technology. They were full-stack engineers who worked on a freelance basis. Making Meme strike their mind when they were just fifteen! So they decided to make a meme-making platform at 15. How does the platform works:

It didn't even took a year after starting up, they have been able to reach more than half-a-million users on their platform. They also started to work with brands like FMCG and other industries, so that they can have an access to the best memes created in the network and accordingly use them to promote their products. The brands then found the idea worth and started to pay the meme creators.

Now the users can create memes using paid templates, and get paid upon their approval. As an another option, users can earn making memes in the requested category and get paid by brands. The app also enables users to create personal groups and communities with friends and share memes in those groups. This will help them to promote their work and earn at the same time. Initially, the founders said that they make use of OTT platforms like Netflix and Amazon Prime, or mobile apps and other consumer brands. Then they started to build commission work. This helps the creator to create unique memes in various templates. Now, the third step is when the users come into frame.

The duo said-"Our users create memes using a wide variety of templates available on our application. The approved meme is then boosted on the platform, as well as off-platform (Instagram, WhatsApp, Twitter). This is how these memes reach the end-users."

Now if we look at the figures currently, MemeChat has a total of 11 full-time employees and 15 part-time employees. Their app has a total of 650,000 users, with over 130,000 monthly active users. Also to let you all know this app is available both on Android and iOS devices.

MemeChat app: Where users create and distribute memes. Approved memes will then be published on a feed.

MemeChat keyboard: It's an integrated keyboard for both Android and iOS users where users can share memes instantly with their friends on WhatsApp, Instagram, or any other instant messaging app.

MemeChat studio: A fully automated solution for brands and corporates to commission memes, and then get them distributed on various social media networks.

That's not where it ends, MemeChat also offers an influencer program where social media influencers can sign up on the platform and get paid a fixed rate to share memes on their pages and handles.

The founders are working hard to add more features to the "MemeChat" app. Taaran and Kyle said in an recent interview that they will organize LIVE meme festival events in India which will help them grow a strong community of creators and bring more users to their platform.

Asia's First & Indian Plant Based Egg Startup Is An Evolution In Food...