Gandhi's concept of trusteeship provides an alternative system of management of wealth and resources by creating a fine balance between individual initiative and societal commonweal and gave birth to Gandhian Capitalist Jamnalal Bajaj, the founder of the Bajaj Group of companies. An honest industrialist could perhaps be a myth in India but in the 1920s, though, when India was fighting for independence, Jamnalal Bajaj emerged as an ethical entrepreneur who was dubbed the ‘Merchant Prince’ by Mahatma Gandhi. 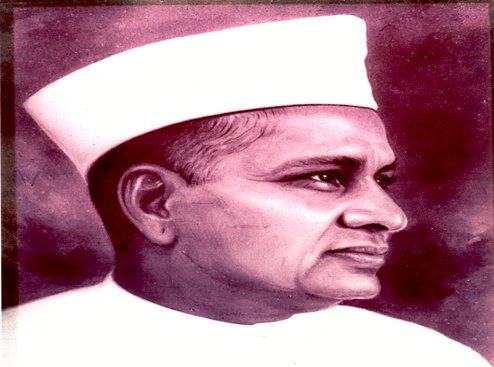 One of the major contributions of Gandhi was inculcating ethics and values in different walks of life including the realm of business which involves running a business on the basis of ethical maxims and philanthropic concepts. And the close confidante of Mahatma Gandhi, Jamnalal Bajaj, whom Gandhiji treated as his fifth son, actualized this concept through sheer earnestness, single-minded commitment, depth, and breadth of contribution making words into deeds. FLASHBACK: Business tycoon Jamnalal Bajaj was born on November 4, 1898, to a middle-class Marwari family, as the third son of Kaniram and Birdibai, in a village of Rajasthan. He was later adopted as a grandson of Seth Bachhraj, who was a distant relative of his father, and a well-known, respected trader in the British Raj and a rich Rajasthani merchant settled in Wardha, Maharashtra. Under the tutelage of Seth Bachhraj, Jamnalalji got involved in the family business of his adoptive family. During this period, he acquired the skills of being a tradesman, rigorous bookkeeping and buying and selling commodities, and excelled in his work by the time Seth Bachhraj died, taking over the business at the tender age of 17. In 1926, Janmalalji founded what would become the Bajaj Group of Industries.

HONORARY MAGISTRATE: This young man incurred British wrath for supporting the freedom movement and the only one who renounced the titles of Honorary Magistrate and Rai Bahadur, and a humble spirit who gave of himself completely to the freedom movement - mind, body, and soul.

AN INDUSTRIALIST: As an industrialist and a businessman, Jamnalalji was singular in enunciating for himself a strict code of ethics.

He inherited a small business in Cotton from his grandfather, but hard labor and a good grasp of business rules helped him in building up a fairly large business house. He expanded not only his cotton business but also took to new fields like Steel, Sugar, and others. What is noteworthy is that he never deviated from the path of ethical dealing, fair play, and business rectitude. In 1931, at the behest of Mahatma Gandhi, Bajaj founded a sugar factory in Uttar Pradesh, paving the way for the formation of what originally the flagship company of the group, the Hindusthan Sugar Mills Ltd, later renamed Bajaj Hindusthan Ltd in 1988, which is Asia's largest sugar company and the world's 4th largest integrated sugar company. A FREEDOM FIGHTER: In 1920, Jamnalalji was elected chairman of the reception committee for the Nagpur session of the Indian National Congress. He gave up the title of Rai Bahadur conferred upon him by the British Government and joined the Non-cooperation Movement in 1921. Later, in 1923, he participated in the flag Satyagraha, defying a ban on flying the national flag in Nagpur, and was detained by the British forces which earned him national admiration. He was named the president of Gandhi Seva Sangh and later was elected as a member of the Congress Working Committee and as the treasurer of Congress in 1933.

A HUMANITARIAN & PHILANTHROPIST: Jamnalalji's favorite mantra was, "It is not kingdom I desire...what I desire is the destruction of the pains of creatures scorched by suffering." Of the several social reforms, Jamnalalji undertook in his life, the Jamnalal Foundation lists speaking against the caste system, support for child and women education, and inter-caste marriage. He also opened the doors of his family temple to Dalits in the area even before Gandhiji made untouchability a national issue. He conducted Khadi Tour across India as the founder-president of the Gandhi Seva Sangh urging the establishment of khadi industries. He also actively propagated Hindi as the national language. There are several institutions in India that bear his name, including the Jamnalal Bajaj Institute of Management Studies. He had an innate diffidence coupled with an ascetic streak in character which took him to interact with great saints. The government of India made the stature of Jamnalalji, irrespective of political dispensation, and honored his memory by releasing a commemorative postal stamp in 1970 as also officially celebrating his Birth Centenary Year in 1990.  Upon his death on February 11, 1942, Gandhiji paid tribute to his fifth son, "The country has lost one of the bravest of its servants."

Meet Mugdha Kalra, An Autism Activist Who Is Championing The Root Source...

At The Age Of 42, The Housewife Gives Wings To Her Dream Career