Celebrity chef Vikas Khanna has recently partnered with Paytm and Haldiram's for distributing mithai(sweets) for needy people, orphan children etc across India. on the occasion of Diwali. From the very beginning of Covid-19 pandemic in India, he has been continuously doing social works like this. 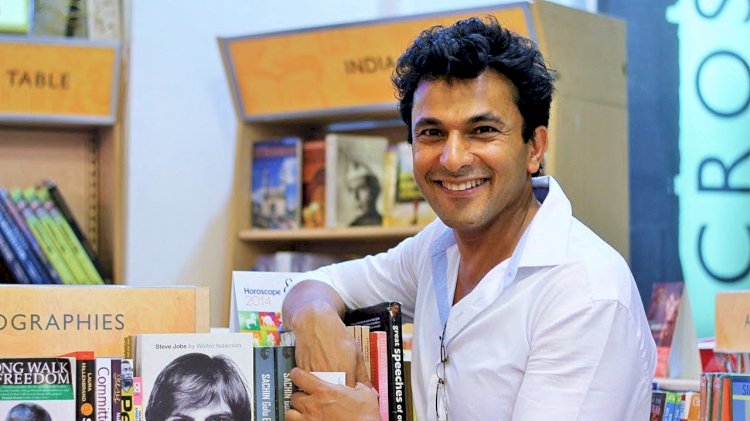 Vikas Khanna, a popular Michelin Star Chef, Filmmaker, author, is nowadays is being the headlines of the news for his ‘Feed India’ initiative since the time when COVID-19 introduced in India. Through his initiative, he distributed over 30 million meals (cooked food and dry rations) to the needy people across 135 cities in India, when due to COVID-19 outbreak, a huge population of daily labourers was unemployed and ran out of money to even feed their own families.

Now, in the run-up to Diwali, Vikas announced again another heartwarming initiative: a partnership with Paytm to spread the happiness during the festive season. On November 5, when Vikas had tweeted on his Twitter handle which was about a big announcement about the same, Paytm Founder Vijay Shekhar Sharma replied on Twitter. Apart from this partnership, on the occasion of this Diwali festive season, Vikas’ FeedIndia has also partnered with Haldiram’s, one of India’s popular sweets and snacks manufacturers, who have been supporting the initiative for months. In October, he also tweeted that Feed India was committing to distribute at least one million boxes of mithai (sweets) to the needy people, orphanages etc. in the different parts of India. He said, “There are innumerable people in our country for whom it’s very difficult to make both ends meet. For those people, we’re going to do this small work so they can also enjoy the festival and spread ‘Roshni' (Light) in their lives.” When he was asked about the idea behind Feed India, he said, “The idea came from the very basic ground level. We realised that during the lockdown a lot of places will have this issue of not getting the ration etc. We started from only orphanages, old age homes and leprosy centres. When the lockdown happened, it was the month-end of March, I work with these centres in a very small capacity and I realised that they will face problem in getting food because a lot of them are based on donations and people’s contributions. That is where the idea came from and we realised we had to take this chance.”

Talking about the process and how the food is being supplied, Khanna said, “It is not just cooked meals, we are also delivering ration. That is why the number is so high. It is much easier with dry ration than plain cooked meals because that requires a very large food chain. Initially, we decided that we will give dry ration to places that have a kitchen, like these places I mentioned have a kitchen.”

The humanitarian has been on his feet ever since the lockdown was announced. Moved by the plight of migrant workers, Vikas and his volunteers at FeedIndia not only provided meals but also distributed 400,000 slippers, three million sanitary pads, and two million masks to the needy people and especially he worked for serving the migrant workers.

In June, he also organised Barkat, the world’s largest food drive, for benefiting the differently-abled, transgenders, sex workers, AIDS patients, orphans, and the elderly in old-age homes in the Delhi-NCR area. Through this drive, they distributed over two million meals in a single day.

Naagin 5: Saharad Malhotra On Board? – The Buzz Is Becoming Stronger

Google Has Made A Big Change To Its Security Features