Kolkata is the most prominent place to enrich Bengal's culture. With Tropical wet-and-dry Kolkata weather, the city is located nearby of Bay of Bengal. Some of the few myriads of spots have been discussed in this article. It is surely going to take the reader to the bygone era. 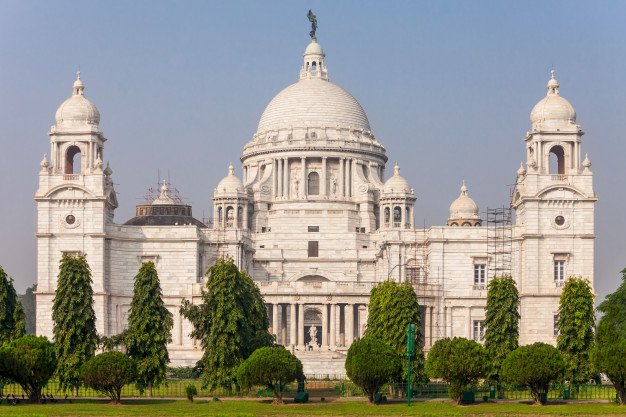 Located in the eastern part of India, Kolkata is the most prominent place to enrich Bengal's culture. With Tropical wet-and-dry Kolkata weather, the city is located nearby of Bay of Bengal. With the integration of three villages, namely Kalikata, Gobindopur, and Sutanuti, the city of Kolkata has been the place of all religions and castes apart from Bengalese. Bengal has retained and maintained the culture through festivals and occasions like book fair and Durga Puja. A photographer deals with capturing shots with themes. Kolkata will give the perfect themes for good pictures for the foreigners who travel to India.

Kolkata Is Perfect For Epic Photography

Before Indian Independence, the city was the state of India. The British resided here for a long time. Time passed, but the history of aristocracy is still prevalent in the old architectural monuments and cultural buildings of this city. It has acted like a sponge that has absorbed and retained the old culture and tradition. Hence some many old places and streets have been good shooting locations of the photographers. Instagram deals with the emotion regarding the shot. A city full of emotion will give the reader a lot of prime locations for Instagramming.

List of locations one should try for getting some amazing shots:

Some of the few myriads of spots have been discussed in this article. It is surely going to take the reader to the bygone era. This place alone holds the aura of British India. It is situated near Dalhousie. Renowned for being the biggest museum of India, the museum is filled with archaeological relics and assets that reflect the rich culture of India. Photography is now allowed inside. The big auditorium shaped rooms, the old textured stairs, the history together mix up the environment to be a perfect shooting location during travel to Kolkata India. One should surely get theme-based photography spots spread throughout the entire museum. Travel to Kolkata India musty start the photographic journey from this spot. The Street is the best place to visit in Kolkata for trying some authentic cuisines during travel to India. One must visit the street during Christmas. The entire area is decorated with lights and fancy items making it look like a foreign shooting location. All local news channels gather to catch this beauty. It is the busiest streets of Kolkata. Many old cafes, restaurants, and multi-cuisine delicacies find their home in this area. Instagramming food is a part of photography. Meeting the hunger of appetite and getting the best shots can both be achieved by visiting this place.

Apart from being the prime location for clicking pictures, this place to visit in Kolkata is also famous for being one of the haunted locations of Kolkata. Established during the British reign, this cemetery is filled with tombs and designed obelisks dedicated to the military and eminent personalities who breathed last in Bengal. While roaming around the cemetery, one can see many locations that will make to the list of leading Instagrammable places of Kolkata. The architectural styles of the tombs and the writings on them will take one to the past. Those who want to sense and touch history should come to this location in South Park Street. The marble building made in honor of Queen Victoria surely hits the list of Instagrammable places of Kolkata. A huge green garden was built surrounding the building. It is a good spot for a picnic, friend meets and of course photography. Inside the building, a museum has been set up that reflects the rich heritage of British India. Many chariots are present outside, who takes on a small ride to the big place. The entire spot can help the photographer with a lot of clicks and beautiful portraits. The green grass, the blue sky ad the white marble make the best match.

Sunset boating in Princep Ghat is always loved. The dusky shots of the evening sky with the boat sailing make Princep Ghat one of the most preferred Instagrammable places to look for. Though it is mostly visited by the couples for spending time together, many professional photographers come here when they get confused about what to do in Kolkata. The name "Princep" is based on a British personality of that time. The Ghat is the place where the boats and steamer sails and carries passengers. It is located on the bank of river Ganga, and a white architectural building is situated on the opposite side of the Ghat built on the honor of British merchant John Princep.

Whether tasting the traditional food of Bengal or wearing the ethnic kurta-pajamas, Kolkata is a merging point of culture, ethnicity, and tradition. These magnificent locations are mostly part of Kolkata street tours for foreigners who travel to India. One can click many pictures or do a photoshoot of the models. The genuine texture of the background instead of artificial studio setup is the priceless elements of the clicked pictures. Just visit these locations and enjoy the aura of the place.

Uber Said, Let Office Workers Work From Anywhere For Half The Time