KhataBook Transformation From Simple SMS App To A Leading FinTech App In India!

KhataBook is an app specifically created to replace traditional Khat and to maintain records digitally. 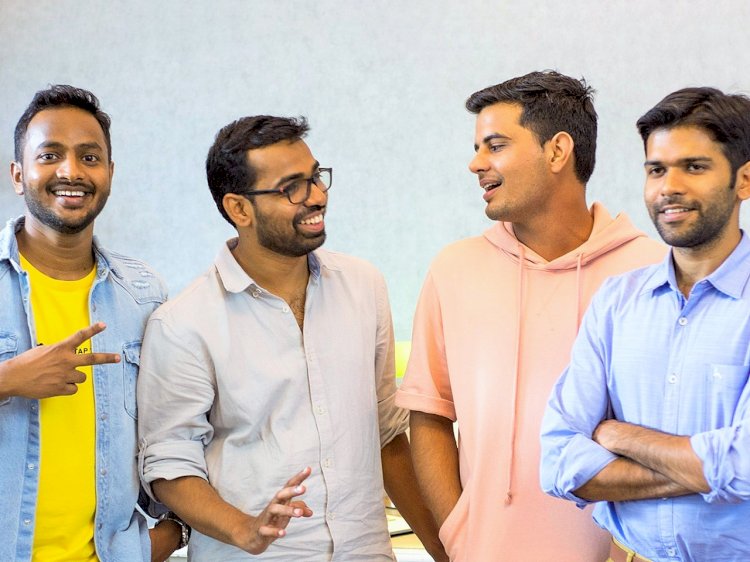 If you are living in India in any of the urban cities, you might not have heard of this application KhataBook, until recently when the Indian Cricket Team Captain Mahendra Singh Dhoni, invested in a startup called KhataBook.

Since then this application started to become popular but there was a question on many people’s minds that when did Dhoni invested in this startup and what was the reason was behind.

What is KhataBook doing that has made Dhoni invest in it! These questions came up and that’s how the app name got into people’s interest initially. So to answer all these questions we need to understand how KhataBook came and what it is doing today.

KhataBook was founded by Ravish Naresh, Dhanesh Kumar, Vaibhav Kalpa, and Ashish Someone in the year 2018.  However, the idea for KhataBook came to the minds of the founders a long time before 2018 but came into execution that year. The idea came up from a digital spending manager app called Kyte.ai in 2016.  The app lets a user understand their spending patterns by sending the transactional SMS alerts.  In long run, it didn’t seem effective so after researching the user data they realized that most of their users are based out of metro cities and are not that familiar with digital transactions. They were still relying on traditional ‘khata,’ or ledger books. That is when the idea for KhataBook came into their minds. The word ‘Khata’ in Hindi stands for an account. How it all started:

The team decided to work on the same by starting with a simple cash management application called KhataBook which can relate to the real-life ‘Khata’. Their main target was to replace the traditional Khata with a digital ‘Khata.’  The idea was to shift the focus of small-time traders and businesses to move their accounts to digital platforms- say the founders.  They also included an SMS checking mechanism to track data and provide free SMS updates on a user’s customer transactions.  This feature has ensured three times faster return on credits for their users.

In no time the app has recorded $ 5 billion+ cash transactions that too by November 2018.

In recent times, with the internet penetration Reliance Jio offered, it became easier for KhataBook founders to target users in smaller cities and towns. Nevertheless to mention KhataBook got its first big publicity push when Dhoni invested a huge amount in this startup and became its brand ambassador.  KhataBook is now being used in more than 5000 cities and is used in almost all Kirana and recharge shops. Another best feature of the app is that it currently supports eleven languages. They have their users even from Nepal, Pakistan, and Bangladesh.

So my dear folks have you used Khatabook? If yes how is your experience… Do let us know in the comments section below.