Nowadays, rumours are being spread on Bollywood Singer Neha Kakkar's wedding. Finally, Himansh Kohli, her ex-boyfriend has recently broken his silence on this. 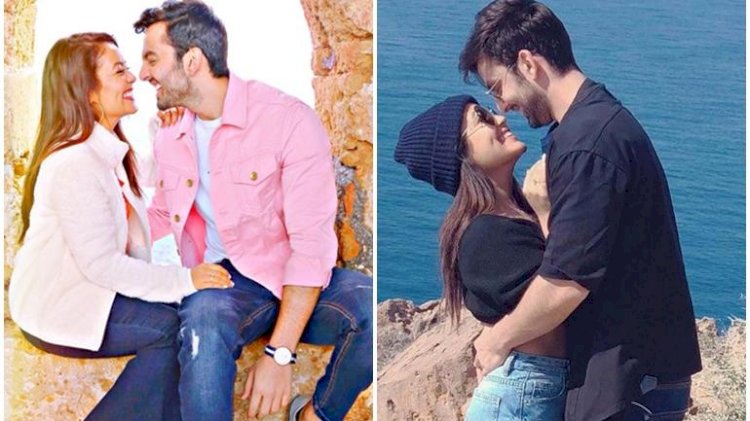 Himansh Kohli, 'Sweetie weds NRI' fame star has broken his silence to the rumours of his ex- girlfriend Neha Kakkar's weedding. Nowadays, rumer is being spread about the wedding of Neha Kakkar with Rohanpreet Singh. Here's all he said about Neha's decision of tying the knot and starting a new innings of her life.
Yesterday Neha gave some statements to media regarding her personal life. In accordance with the media, Neha Kakkar, one of the most loved Bollywood singers, is now all ready to begin her wedding life with someone who has been in friendship with her for a very long time. So, it is expected that she is going to tie the knot with Rohanpreet on 24th of October this year. But till now all this is just an estimation, it's not yet confirmed.

Neha has not given any official statement about all this but her ex-boyfriend Himansh has just reacted to these rumours. In an interview with media, when he was asked if he was known to the love story of Neha and Rohanpreet. Hemansh simply refused and stated," Nope, not really."
Himansh said that he is a well wisher of Neha and he really doesn't know why many social media posts of Neha were linked with him. He stated," Those were all constructed by media and flwon everywhere by media itself for no reason. I think they should realise that relationship and breakup are the parts of someone's personal life and media should not keep fire to these things. Sometimes, two people realise that they are not incompatible with each other after being together for a long time. It happens and happened." Further on, to the suppositions of Neha's wedding, he stated that if all this is true, he is happy for her. It's notable that Neha and Himansh were in a long term relationship since 2014. In December 2018, they pated their ways.

Who Is Rohanpreet Singh

Rohanpreet Singh is a punjabi singer and musical artist who has won the award of punjabi music best debut vocalist (male). He was previously spotted in a reality show 'Mujhse Shaadi Karoge' as one of the suitors of Shehnaaz Gill.

An Edtech Startup That Provides Comprehensive Education By Combining Liberal...

Shraddha Kapoor Is All Set For Naagin Role In Movie Trilogy On The Shape-Shifting...