South Indian Food Outlet Of A Child Who Left Home At 13, Has Made Delhi People Fans Of His Dosas

Jayaram Banan, the founder of Sagar Ratna, a famous South Indian food outlet, had left his home at 13 due to the abusive and offensive nature of his father. He worked hard, struggled a lot, and now is on the chariot of success. 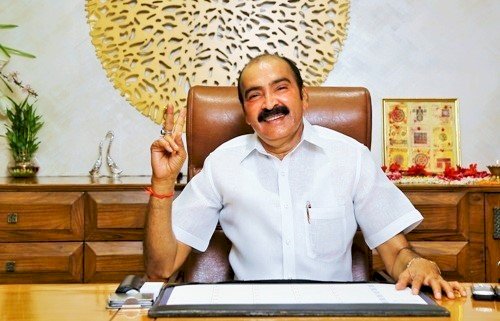 In Delhi, all the credit for making southern cuisine known to people goes to Sagar Ratna, which we see as the tycoon of vegetarian South Indian food in Delhi. It has a very interesting story behind it.

This story is about the founder Jayaram Banan. He is a self-made businessman who founded Sagar Ratna as a consequence of the helpless condition of his childhood. What Was That Helplessness

Jayaram was brought up in a family of a small village named Karkala in Udupi, Karnataka. In his family, he had been brutally beaten up for even small things frequently. You can easily estimate that torture by the incident that once his father put chili powder in his eyes for giving him punishment.

At that moment, he was nearly 13 years old. After some days, when he failed the exam, he escaped and left his home due to the fear of being punished. He stole some amount of money and boarded a bus to Mumbai with no pre-planning. All he knew was that lots of people go to Mumbai for a better future.

On his way to Mumbai, he met a co-passenger and that gentleman offered work in a private canteen to Jayaram and he accepted it. He used to wash dishes in a canteen located at Panvel. He got no relief in his life and in spite of working for hours, his employer used to beat him by slippers.

Jayaram kept on working hard and poured more effort into his duty and very soon he became a waiter and further on, he became the manager of that canteen.

Now he had earned a vast experience but one thing about which he had become sure and that was he didn't want to do this job throughout his life.

In 1986, he opened Sagar in Defence Colony Market, New Delhi, and within a couple of weeks, people waited for Sagar's food in queues. His dosas were becoming popular among Naan and Shahi Paneer eating Delhi people. After 4 years, he opened his store in Lodhi Hotel and there he served the same menu but with a 20% higher price and this was when Sagar became Sagar Ratna. Now Sagar Ratna has 30 plus branches in North India and even it is running in North America, Bangkok, Singapore, Canada, etc.

Further on, people demanded him to serve tiffin like food. For or those people, he launched “Swagath” where he used to serve coastal food on the menu. This also become very successful.
Today Jayaram leaves his home at 9 AM and visits many outlets of his restaurants, inspects about cleanliness, and comes back late at night.
This was how a 13 years old child left his home in helplessness and become such a successful personality.

After Facing A Lot Of Criticism, Akshay's Movie " LAXMI BOMB" Has Amassed...

How to Conquer Mental Health to Optimize Productivity?