Let’s hear a story of two real sisters Tanya and Sujata who were raised in a typical service-class Indian family that made this amazing thing happen with their talents. 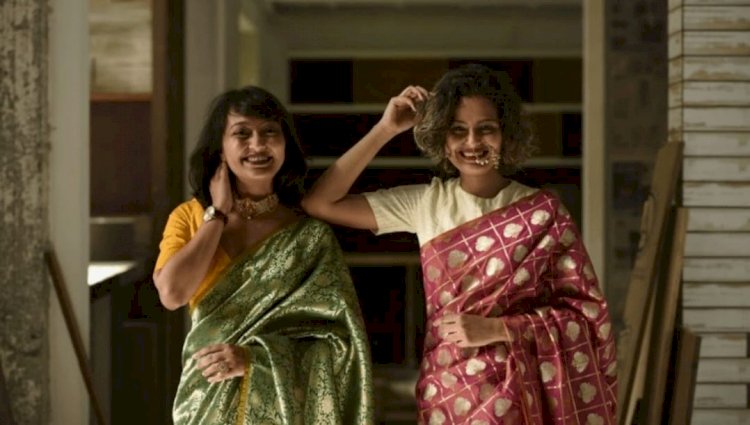 The duo is known as ‘Suta Girls‘. I must tell you that it’s a perfect match!

Both the sisters completed their degrees and got placement in different areas. Tanya got placed with IBM while Sujata worked with Essar Steel.

These girls choose to be different when it comes to a carrier. Their father worked with the Railway Police and that gave them a superb lifestyle. However, the sisters had different targets to achieve. They wanted to do something big and exceptional so they decided to become entrepreneurs and do something for society.

Finally, in 2016 they decided to quit their jobs and start their own company.

The decision was quite uncommon but these girls choose to stand out in the crowd. They thought that out of this crowd there will be a section of society that wants talented people to make use of their skills and abilities in creating opportunities for others.

And they geared up to start their mission.

In today’s world, it’s not an easy decision to quit a high-paying job to start a social enterprise that to from the scratch.

But these girls took that risk and made it work! As we all know- “No risk no game”.

All this started with their fascination for sarees since their childhood, when they saw elderly-women in the family wearing sarees. This motivated them and helped them plan the startup. As a woman is best defined in a saree and that’s what changed the game for these sisters. The duo soon decided to start with handloom Sarees made by Indian weavers across the nation.

Although, it was not that easy how it sounds like as the market these days is very competitive and the craze of wearing that traditional old fashion weaved saree was shrinking. But despite visible difficulties, the girls remained focused on their idea and moved on.

They didn’t give up, instead buckled up and started with a bang.

On doing some initial research, the sisters realized that the demand for sarees was reducing, but still, there was hope as this one piece of fabric was a style statement for women across all age-bars.

Finally, they launched “Suta”, which as a brand signifies creativity as that was the only way they could have made it big. When they started they just had a capital of Rs 3 lac and a team of three including both of them. Sounds challenging right? Competing famous brands was a way farthing. Creativity was there but hiring renowned models was not their cup of tea. So to manage this crisis, the sister decided to become models for their own brand and used social media to promote it.

In just four years, Tanya and Sujata took ‘Suta’ to some other level. ‘Suta’ became a known brand. Imagine the company which started with as little capital of Rs 3 lac and went to 3 crores! From 2 weavers to become a big company having more than 1500 weavers with two own handloom units in West Bengal these girls proved nothing is impossible if you set your targets and have faith in what you are doing.

And guess what happened after that!!! In the year 2019, “Suta” did 13 Crores revenue. But above anything else, as they said that they will work for a social cause so they are helping a large number of weavers to enhance the quality of their products so that they can earn a better living.