Delhi Police has arrested former JNUSU member Umar Khalid on Sunday (September 13) for his alleged involvement in the riots that erupted in the national capital in February 2020. 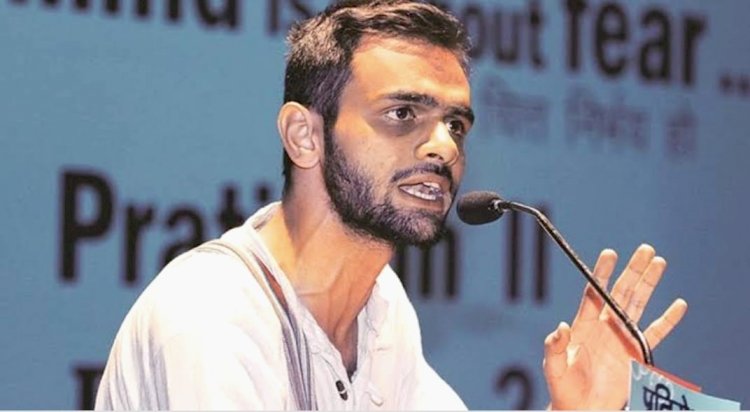 Umar Khalid, a former member of the Jawaharlal Nehru University Student's Union (JNUSU) has been arrested by Delhi Police in connection with the northeast Delhi riots. The violence that went on for 72 hours following widespread protests against CAA/NRC claimed 53 lives and leftover 400 people injured.

According to inputs, Umar Khalid has been arrested by the Delhi Police Special Cell under relevant sections of the Unlawful Activities (Prevention) Act (UAPA). Sources say Khalid was summoned for questioning by the Special Cell and arrested after an interrogation that lasted for several hours.

On August 1, Delhi Police had questioned Umar over the speeches he delivered at the protest site in Shaheen Bagh along with Khalid Saifi days before the riots. Investigators had also seized Umar's mobile phone at the time.

Khalid Saifi, a co-founder of 'United Against Hate' of which Umar is also a member, was arrested in June. The Delhi Police had indicated that Saifi played a "crucial role" in arranging a meeting between Umar and suspended AAP Councillor Tahir Hussain who is also behind bars in connection with the riots. Meanwhile, the group 'United Against Hate' said in a statement that the Delhi Police must 'ensure Umar Khald's safety by all means possible'.

"After 11 hours of interrogation, the Delhi Police Special Cell has arrested Umar Khalid as a "conspirator" in the Delhi Riots case. The fairytale narrative that DP has been spinning criminalizing protests in the garb of investigating riots, find yet another victim. The fight against draconian CAA and UAPA will go on despite all these horrid measures of intimidation. Right now, our first priority is that he should be given maximum security and the Delhi Police must ensure his safety by all means possible," said the statement.

Umar Khalid's father too, took to Twitter to inform about his son's arrest. He wrote on Twitter, "My son Umar Khalid has been arrested tonight at 11:00 pm by Special Cell, Delhi Police under UAPA. Police were questioning him since 1:00 pm. He has been implicated in Delhi Riots. #StandWithUmarKhalid" Reacting to the arrest, senior advocate Prashant Bhushan tweeted, "Umar Khalid's arrest by Delhi police after naming Yechury, Yogendra Yadav, Jayati Ghosh & Apoorvanand, leaves no doubt at all about the malafide nature of its an investigation into Delhi riots. It's a conspiracy by the police to frame peaceful activists in the guise of Investigation."

In the charge sheet it filed in July in connection with the Chand Bagh violence, Delhi Police had claimed that Tahir Hussain and Umar Khalid hatched a conspiracy ahead of US President Donald Trump's visit to India. The police had further alleged that Umar had assured the other two that Popular Front of India (PFI) was ready to "provide funds and facilities".

According to the force, the Delhi Police has registered 751 FIRs in connection with communal riots that took place in the last week of February this year.

“After collecting and collating all evidence, the investigation has been finalized in most of the important cases and charge sheets have been submitted in the court for trial,” the police said.

So far, police have arrested 1,575 people in 751 cases. Over 250 charge sheets have been filed in connection with the riots in which 1,153 accused have been charge-sheeted.

PUBG's New State Set Will Be Launched In 17 Languages, iOS And Android...

How Amazon Founder Jeff Bezos Might Have Missed a Chance to Become the...