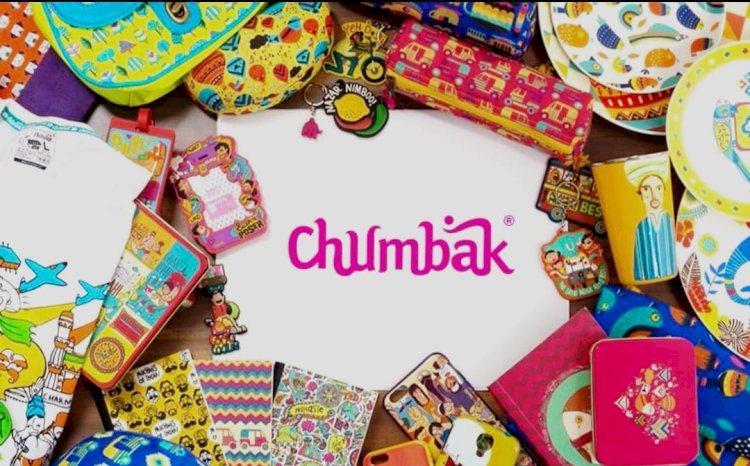 Shubhra Chadda and her husband Vivek Prabhakar are the co-founders of Chumbak, an exclusive online store for lifestyle products, namely, bags, phones, covers, wallets and more. But what sets Chumbak apart from the other lifestyle brands is the quirk factor and “whistle charm” in all its designs.

The biggest turning point of the Once they had a concrete idea, as to how to go about things, they sold off their only asset, their house, scoring INR 40 lakh to invest in the venture and couple’s career came when they left their boring corporate jobs to start a new, fresh endeavour- Chumbak, which literally means ‘kissing stones’. that was how Chumbak was born in September, 2009.

Prabhakar has over 16 years of experience in various brands and marketing. He was part of the brand team, that was responsible for the turnaround of Tanishq, post which he joined fabmart.com where he was the head of the jewellery and watches category. Subsequently, Prabhakar joined the Platinum Guild International as the head of their market in the South India looking after retail marketing. As the head of modern trade marketing at Motorola, he set up Moto stores across the country. He was the head of partner marketing at Sun Microsystems before starting his own business venture that is Chumbak. Chadda graduated with travel and tourism from Mount Carmel College, Bangalore but went on to work as a sales and operations manager at KPMG and Nortel respectively.​

Both Chadda and Prabhakar have managed to secure a strong foothold in the business arena within a very small period of time. The endearingly whimsical products of Chumbak have become a rage among the youth. According to both Prabhakar and Chadda, India had almost no souvenirs to offer except small replicas of the Taj Mahal and Pashmina shawls, which encouraged the duo to come up with a product brand that would capture the essence and diversity of India.

The Rise of Chumbak

Initially, the company indulged in selling only fridge magnets but over the years Prabhakar and Chadda have expanded the realms of Chumbak by introducing other products like bags, apparel, souvenirs, and much more from the house of Chumbak. Chumbak now sells 400-500 products from among 38 categories.

Chumbak opened its first store in Forum Mall, Bangalore. Currently, Chumbak has 150 retail outlets in 16 Indian cities including Mumbai, Delhi and Chennai. Prabhakar and Chadda plan to set up another 50-60 outlets including kiosks, small format stores up to 200 sq feet in size. It also has an 800-1000 sq feet outlet at New Delhi airport’s T3 terminal and soon will be opening a 2600 sq feet store in Bangalore. The most interesting bit is that, Chumbak happened to be a self-funded business but they have now expanded to a 70 member team apart from the 80 additional members in the stores.

Chumbak products are sold in 70 multi branded outlets in Japan. Chumbak entered Japan in 2012 when Japanese retailer Amina Collections chanced upon their magnets collection in Chumbak’s official website and was willing to sell them in Japan. The products became an instant hit with its Indian themed quirky designs. The strategy to popularise Chumbak products was simple and that was the efficient use of social media, mainly Facebook. The interesting interaction with consumers, answering queries effectively and crowd sourcing ideas helped Chumbak to gather a huge fan base of over 100K within a short span of time.

Chumbak’s success story has caused curiosity not only for most people but also for ‘Google’. Chumbak was contacted by a California based company which was collaborating with ‘Google’ to create a case study on how companies have successfully used Google services. According to this survey, Chumbak was selected as one of the three companies to have used Google services efficiently. They were also one of the first brands in India to get a global Facebook case study.

Places To Experience The Grandeur Of Maharajas In The City Of Lakes -...