Want To Create A Tech Startup And Don't Know From Where To Begin? Entrepreneur First Is Here For Help

A tech startup needs many more things than having and idea for being successful. It's quite essential to have experts in your team as well as a good working co-founder. For giving a smart solution to these things, Bangalore based Economic First has come up with its cohort. 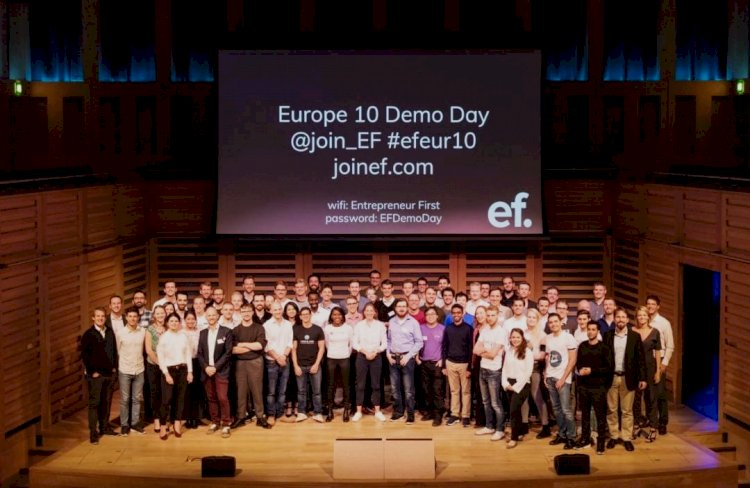 India has now become the second-largest ecosystem for startups because of its huge market. Even the tycoon companies from the background of startups consider India heaven for their startups. India, especially for tech startups, is one of the favorite markets for investors. Between 2016 and 2020, India has raised $63 billion in growth capital, and now India is the third-largest tech startup ecosystem in the world.
In spite of the global health crisis, lots of early-stage investments in Indian startups have grown rapidly.

These are the green signals which show the huge potential for tech startups in our country. With the right support, co-founders, sustainable business models, resources, funds, mentorship, and a robust community are requirements for a startup to succeed. But it is a big challenge for several potential startup founders to get across to all of these mentioned elements. For bridging this gap, Bengaluru-based Entrepreneur First is investing its time and resources into adding the world's most talented and ambitious individuals helping them in finding a co-founder, develop their ideas, and start a company.
Nearly a decade ago, this business model had been started in London. His business model has helped 2000+ people in creating over 300 companies worth $2 billion across six countries. EF was launched in India in January 2019. Till now, it has helped in creating 20 Indian startups and put them on the path of growth by providing them corrected skills and platform and all other resources that are required and indeed market demands of these.

MedPay Co-founder Arun Bhatia quit his job last year to explore ideas to pursue in healthcare approached EF and began his research into his idea and became a fan of EF. Arun says, he knew that he was in the right place when he joined EF because he felt that he was so inexperienced among all the members.

For BrainEnTech Neuroscience's CEO Soumya Bhattacharjee, his initial period at the cohort was like he was scared in front of very qualified people from data science leads, creators of investment AI, etc. He says," I was sure that I was the most underqualified person in the room. I decided that I wasn't going to come back again." But very soon at the cohort, he realized something which forced him not to give up. He realized that " Incredible tech and good market are not the same things. They differ in many ways."

He finally chose EF and the set of peer networks helped him a lot during his course of this cohort. He says," We were always one or two contacts away from every big company in any of the fields we desired." Now his firm records the brain activity of human beings and then it trains an AI-based model so that they can understand whether the human understood what they were trying to learn. Start As Earlier You Can

Although there is no age boundary in initiating your own startup it's a wise decision to think of an early start to your journey of being an entrepreneur. According to EF,"Lots of potential startup leaders may be held back by corporate and old cultural convention. As a result, their progress becomes slow and steady. This sets an artificial limit on what they can achieve and also the pace of achieving it. So, we are here to remove that limit".

Where You Should Begin

If you are thinking that you have been highly driven to have a huge impact on your skills and you don't have any firm idea but you need the right support mechanism for initiating your startup, EF's Bangalore cohort will be best for you.
It has two parts - Form and Launch. Cohort ends with showcasing your startup in front of the best investors across the globe.

Now, what you are waiting for? Hurry up and gear up towards being an entrepreneur, with the cohort of Economic First. The deadline for applications is November 30.

This Inspirational Tale Of Ramesh Babu, A Billionaire Barber, And Indian...

This Youngster Learned Hacking At The Village Cyber Cafe And Is Now Helping...

Top Five Most Influential Women In The Technology World