This is a Her Story of the ace online comedy queen, Prajakta Koli who has won hearts by her Mostly-Sane videos 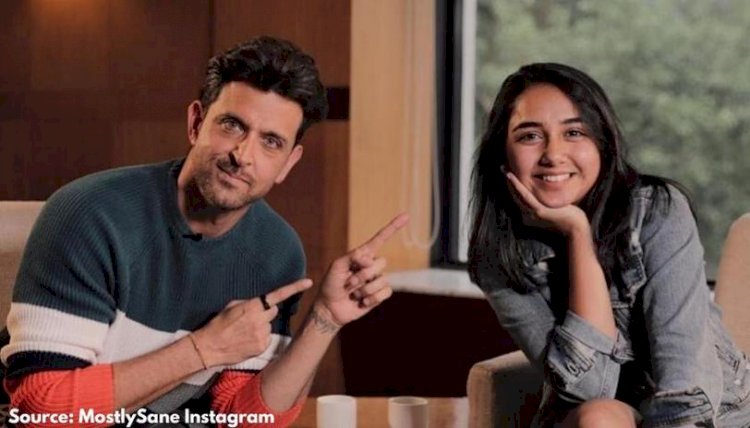 Overview of the Web-

Every odd has an even attached to it. So we are obsessed with the odds. Entertainment has taken a complete news shape in the hands of the Internet. Professions in internet content videos & others have remarkably marked their footprints. When we talk about a popular face on the internet, it is imperative to mention the name of Prajakta Koli or popularly, the Mostly Sane girl.

Prajakta Koli initially started her career as a Radio Jockey in a popular FM station. Hence from there she never looked back in her career & stood out against all the odds. Her phenomenon comedy skills became evident when she featured as Disha in PA-Gals in their first installment of the show. This was a three-episode first installment of a famous series that has drawn a million numbers of viewers. In the series, Prajakta played the role of a fearless college girl with her own humor added to the character. Prajakta now has become an ultimate web sensation with her one-stop comedy channel Mostly –Sane. This channel aired its very first show in 2015 and still running successfully. The channel mainly focuses on the comedy content created out of the daily life situations, which can be hilarious sometimes. Koli makes her characters crisp by emerging into the depth of all the characters in her virtual family where all the characters are being played by her only. Her character Montu as her own on-screen brother has also become very popular at one point. She also interacts directly with her fans online by conducting a question-answer session based on the questions furnished in the comment section. Now Prajakta has become a public face altogether. She also hosts talk shows with the movie stars on her channel. Thus she collaborated with many Bollywood stars ranging from Kareena Kapoor Khan, Ayushman Khurrana, Hrithik Roshan, Kajol to name a few. Her delightful attitude and fresh yet realistic characterization showcase the bare skin of the Indian society in a very well shaped way. From her delivery of dialogues to showcasing the hassles of the youth have become iconic & set a base for many others to follow.

The Internet has been known for viral videos and small clips of sensational bites by far.  But the age is now in a different mode. It welcomes the humanity. It welcomes all the fantasies, obstacles, flaws even drawbacks of the Gen Next. YouTubers have their active resources to this culture & their contributions to showcase the contemporary issues can never be denied. Where fluctuations, failures, non-acceptances are prolific in nature, these fresh internet sensations like Prajakta Koli have remarkably marked their online presence. But this has not been easy for Prajakta as well. She stood in front of the rebel questions for being a Youtuber. A profession that probably is fancy for most of us, Prajakta proved everyone wrong. Now she and her channel garnered over 55 lakh active subscribers which makes it the biggest Youtube comedy channel run by a 25-year-old girl. Here comes the big question. Girls can’t do comedy. So far this has been a notion and we break it all together with our evidence. Among the many successful women comedians, the name of Prajakta Koli is needless to mention in this context. Recently, she again managed to surprise us with her another challenge in the name of Khayali Pulao. It’s a short film directed by Tarun Dudeja and acted by Prajakta Koli in the lead role. Here she plays the role of Haryana based 17 years old, who has developed her new passion to become a sportsperson. Studying in a government school of a small village, Asha aka Prajakta Koli knows that her fantasies are a never acceptable phenomenon to the society she belongs to. Her means of pursuing a dream to become a sportsperson generally revolves around her wish to live a free life. Prajakta’s effortless portrayal of the character of Asha touched the souls of many. Thus, again Prajakta stood out from the crowd by showing her versatile sides of portraying characters on the web. Prajakta encourages not only the youth but also many in line, who want to grab a successful career option through their presence on the web. Moreover, hats off to this online lady who chose to be mostly insane to reach out to the nation.

Our Tribute to the Wonder Girl- Yes, it is our tribute to this power lady of Youtube who has conquered all the odds and changed the meaning of the virtual world. Her lockdown videos made every one of us crazy with the rib-tickling comedy skills of this iron lady of Youtube. Her fashion tips made her proud when we found us normal by accepting all the abnormalities within us. Her Sawal Saturdays made the fan fraternity proud when their views were marked important to their favorite online star. Her lovely projection of the daily lives of the general class made us proud of our middle-class dwellings. Our problems, our mentalities, our basic lives are all portrayed on a visual treat which is enlightened by Prajakta, in her contents. The YouTubers’ community that has a small presence and that is mostly enjoyed on a 6 inches screen calls off the notions of the orthodox society. We try our best to focus on those points of it, who have reached beyond the ordinary. So here is our small endeavor to showcase the story of the wonderful girl, Prajakta Koli. For more such fresh content, stay connected to VTV India.

MediCAB, Foldable & Portable Hospital: Some Oxygen For India By IIT-M...

SONU SOOD STANDS FOR THE STUDENTS AT THE POSTPONMENT OF JEE, NEET EXAMS