Acclaimed as the Lord of good blessings, the remover of obstacles, and the harbinger of wisdom, success and prosperity, Lord Ganesh is like a universal God, worshiped by Hindus all over India. There is not a day when he is not welcomed into our mind and home, but around the corner is that, one special time when he is celebrated gloriously, with pomp and splendor. Yes! Ganesh Chathurthi or Ganpati Utsav it is, which is marked with celebration of the arrival of Ganpati Bappa to earth from Kailash Parvat with his mother Goddess Parvati/Gauri. 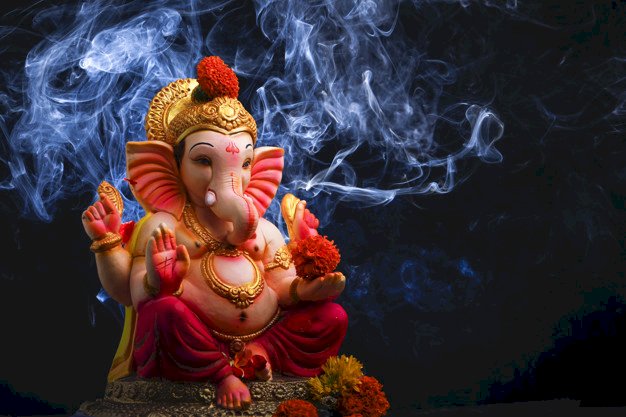 Holy chants filling the air, devotees swarming around a giant idol, narrow lanes jazzing themselves into mini amphitheaters, 10-day extravaganza, vibrant India with profuse sweets and foods - this is the usual atmosphere of India during Ganesh Chathurthi. Though this year, the 10-day festivities of Ganpati Utsav have begun today amid coronavirus outbreak, the movement and everything is restricted. But no one can stop us to make 'prasad/bhog' (offerings) at our home safely. Lord Ganesha himself is very much fond of sweets, especially of 'laddoo' and 'modak'. So the festival of Ganesh Chathurthi deserves a gala mention - especially for its sweets. Here, we have made a tailored list of top five sweets with recipes that you must savor during this festival. Dust off your aprons and get ready!

The delicious Modaks (sweet dumplings) are considered to be one of Ganpati's most favorite sweets. Lord Ganesha is also called Modakpriya in the scriptures because of his great love for modak. Therefore, on the first day of Ganesh Chathurthi, devotees tend to offer the eternity a bhog of modak. The exterior is made of rice/wheat flour that is mixed with maida flour. The inside of modak filled with grated coconut and jaggery It is a plump little white blob that oozes sweet juices made from coconut, jaggery, cinnamon, and saffron after just a single bite, giving your taste buds goosebumps.

There are different variations of modak available in the market like Chana Dal Modak, Rava Modak, Dry Fruits Modak, Chocolate Modak, and so on.

Alongside Modak, Lord Ganesha is also believed to be very fond of laddoos. Motichoor Laddoo, made from gram flour (besan), is one of the most common forms of laddoos offered to him in his bhog. Other melt-in-mouth laddoos that are popular are Coconut Laddoo, Til Ke Laddoo, Besan Ke Laddo, Atta Laddo, etc. PURAN POLI: Puran Poli is a popular Maharashtrian recipe made during Ganesh Chathurthi or Diwali or any other festive occasion. Puran poli is a flatbread that is stuffed with a sweet lentil filling made from skinned split Bengal gram, chana dal, and also jaggery. This Puran Poli recipe includes spices like ground fennel seeds, ground cardamom, ground nutmeg, and also ground dry ginger added to the stuffing. The typical Marathians call the sweet filling 'Puran' and the outer covering is called 'poli'. KAJU KATLI: 'Kaju' means cashews and 'katli' means fudge; so it's a fudge made with powdered cashews.

Imagine, the crispiness of cashew while it is being powdered, the same cashew powder is mixed in a heavenly pool of rose water and sugar syrup. Celestial, isn't it? To increase its undeniable loveliness, it is dolled up in an edible silver foil making it more tempting than ever or topped with cardamom powder and ghee, making it look more lucrative. BANANA SHEERA: 'Sheera' is the Marathi term for halwa. In Hindi, this recipe is called Banana Suji Halwa and in English, it is akin to Banana Semolina Pudding.

Generally, the sheera is made with a lot of ghee (clarified butter), but the healthier version is to use oil. Some add milk which makes the halwa more rich and tasty, and some use water which is preferable for vegans. It is easy-to-make a dessert recipe that can be prepared in a jiffy. All you need is some bananas, semolina, cashew nuts, raisins, and water/milk. The bananas are mixed into the halwa that makes it even more scrumptious. It has a soft texture and gets easily melted in the mouth. This halwa while serving is loaded with roasted nuts having a crunchy texture. Happy Ganesh Chathurthi to you all.

Creative look of Next Generation Maruti 800 comes out