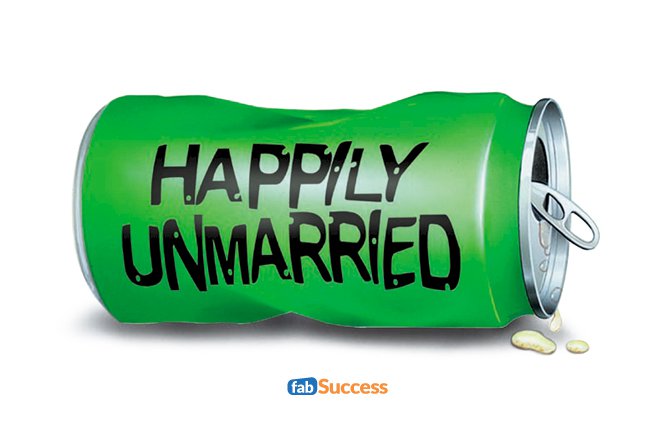 Who knew that the young Rajat Tuli and Rahul Anand, the founders of Happily Unmarried, were jobless due to the burst of the company they were working for, in 2002, having only a company’s laptop left? So, with their urge to put fun in boring things, targeting the young, they made a unique website or a lifestyle brand known for selling various products such as: apparel, accessories, stationary, glassware, travel etc. Their USP is the amusing words they give to their products, with which people could relate easily. Currently, Rajat manages the retail and distribution whereas Rahul looks after the business development.

Rajat and Rahul completed their post graduation from MICA (Mudra Institute of Commerce, Ahmedabad) together and were batch mates. They worked together in the Dot Com Company that burst and they didn’t get their salary for 6 months. Instead of looking for a new reliable job, they both decided to start a business. All they had was an idea. The main task was funding. They were left with just laptop given by the company. They sold the laptop and started off the business with INR 50,000. Later, they managed to raise funds through personal loans, borrowed from friends and sold equity for further running of the business.

From the beginning, they both knew that, all they have to run their business apart from less funds, is their idea to run the business and their efforts to put life to boring things, targeting the young. Currently, they have many competitors in the market and their taste of success has never been easy and sudden. They have also got an opportunity to create products for our “Make in India”, an initiative by Prime Minister, Narendra Modi.

They both believe that the most effective turning point in their business was when they got their first big project with the prestigious National Geographic channel. The channel wanted Happily Unmarried to supply corporate gifts to them. With the profit earned by them from this deal, they decided to increase their product range. It was a huge success that brought a large scale of change and lead to growth of their business.

They organized a music festival in 2007 name “Music in the Hills’’. They completed a sale of more than 1.5 SKUs in 2009, offering multiple product designs. Apart from Delhi, they have a warehouse in Goa as well. Having increased their base to UK, France and many more, they have 7 outlets over India. There are 4 outlets in Delhi and 1 each in Chandigarh, Goa and Shillong.

They have multi-brand stores in around 22 cities such as Delhi, Nagpur, Pune, Kolkata, Thiruvananthapuram, Jaipur, Chennai, Lucknow, Ahmedabad, Surat, Banglore, Hyderabad and Mumbai as well. In 2010, their turnover was more than INR 5 Crores. They have been lucky, having clients such as- Vodafone, Britannia, ESPN Star Sports, CNBC Awaaz, National Geographic Channel, Malayala Manorama, NDTV Good Times, Radio Mirchi and Scullers. They have raised INR 5 Crore in 2012, INR 4.4 Crore in 2014 from naukri.com besides having 34 percent stake in the company.

There was never a falling point for the smart HU founders. Though, they agreed that it was their mistake that they believed that success would be fast and easy. They started off their business with providing services to singles in the city such as rugs and floor cushions. Due to the unorganized people they worked for, they faced many problems and felt like quitting.

Business isn’t easy, one gets to know it once he step into the shoes of a business man. It requires proper research on what customers wants, what is the selling price of your competitors, what should be your USP, what is the latest trend in the market and more. So they decided to give it a try by selling through innovative ideas, giving witty names to their products. They, in order to let people aware about their innovative gifts products, used to land up at their friends offices with their products in hand.

Apart from the awards and achievements being mentioned above, the biggest achievement for them is creating such products with which people are relating to, by giving them quirky names. They have been successful in making a space in the customers’ heart and grabbing new clients through their vast range of products and variety.

Exciting Journey Of Earning Rs 200 Million From 5000/- Per Month

Banks partners with WhatsApp, your way of banking will change

Gender Equality Is Key To Entrepreneurship Advancement: Minister At KSUM...