Do you know that Flyrobe is the largest rental company in India? In 2015, three IIT graduates- Tushar Saxena, Shreya Mishra, and Pranay Surana founded this company. They provide designer clothes and brands on rent for women and men in India. At a fraction of the retail price, you can rent branded and premium clothing at Mumbai fashion rental startup Flyrobe. 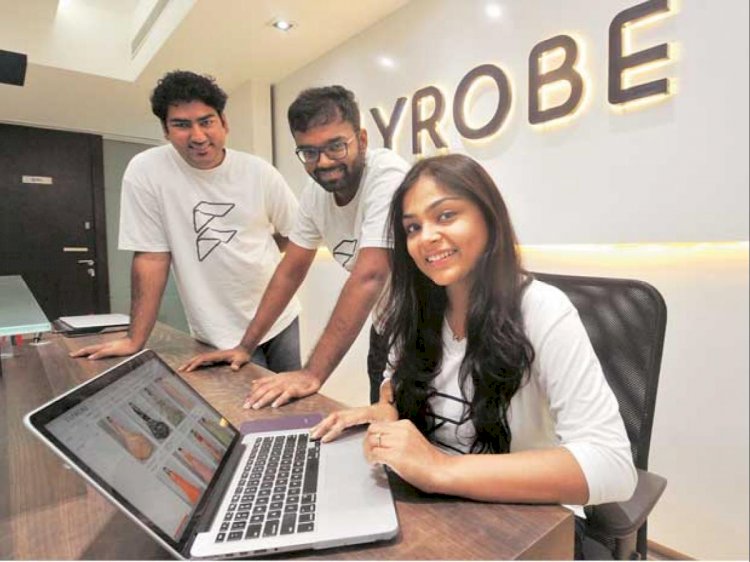 Although they offer a wide range of locations through their online store, they also possess physical stores in  Bengaluru, Mumbai, Delhi & Hyderabad. Flyrobe offers a large collection of all kinds of fashion in categories such as western outfits, wedding outfits, jewellry, ethnic styles, and more. It has collaborations with many well-known brands such as Masaba, Sabyasachi, Mango, Ritu Kumar, Armani.

Flyrobe offers stylish & branded attire at only 10-15% of its original retail price. Flyrobe's staff and fashion experts will assist you in your transformation by providing the best possible service. From Flyrobe you can order western clothing, which is available upon request and can be delivered to you within three hours. Ethnic clothing orders must be made in advance. You can have clothes for four days and you'll get 20% off if you return the dress. Using online rental instead of buying new clothes will help reduce the waste of post-consumer clothing.

The thought blew up when Flyrobe founder Shreya Mishra visited the AirBnB office in 2012. She attended an entrepreneurial conference at Stanford University. Shreya was captivated by the concept of a rental business that can be done with assets you already have. Shreya and her friends from IIT Mumbai, Pranay Surana and Tushar Saxena, started thinking about a potentially successful rental service in India. They found that people spend a lot of money on underused clothes. Undoubtedly, being able to wear new clothes without taking responsibility for them would be a boost. Flyrobe's founders recently conducted a survey that asked 200 women for their opinion on this idea. More than 80 percent of them gave positive feedback. As an outcome, Flyrobe comes into existence. Tushar Saxena had three months left to finish when Shreya and Pranay approached him. He was proficient in information technology and developed technology for the establishment of Pranay. In September 2015, they launched the Flyrobe Android app, and in October, the online portal was launched. Posted by Omapal Technologies Private Limited. Recently, the idea of renting fashion gained more attention and the field saw more competitors. Flyrobe has managed to gain attention through social media, which has helped them become more popular compared to other online rental companies.

The main strength of Flyrobe is the bond and individual skills of the team members. The company has excellent knowledge in areas such as engineering, business development, marketing, operations, etc. Some members of their team previously worked for companies such as Cadbury, Bain & Co. Tinyowl, etc. Flyrobes CBO, Sreejitha Deb, is a Harvard University graduate in economics and has over 25 years of experience with well-known companies such as Amazon and Google.

Flyrobe also uses creative marketing methods with influencing tactics. When the company was founded, they launched a campaign with ten different women from all walks of life. From doctors to housewives to college students, these groups of women were able to influence and attract a significant number of clients in the first months of Flyrobe. This project, called the Angel User Campaign, involved women taking casual photos with clothes rented from Flyrobe. These images were then uploaded to various social media platforms along with positive fly fishing control. Flyrobe looking forward to expanding its services to other areas and even overseas, including  London, Dubai, and the United States. Offline stores will expand from 5 cities to 20 cities over the next few years. Your partnership with Rent It Bae is sure to increase productivity by combining the excellent experiences of both companies. The company's new CEO will be Aanchal Saini, former CEO of Rent It Bae.

They also plan to launch an experience of a virtual practice room called Tryrobe. At all Flyrobe offline stores soon virtual walls get introduced. This service allows customers to try on clothes they like, just like in a real store. As part of their expansion, they are also looking for cooperation with other brands. Combining with major brands in each region will give them a more credible reputation.

UGC Guidelines-Academic Session 2020-21 For College And University To...

His Parents Forced Him To Pursue Engineering, But He Stayed True To His...