IPS officer N. Ambika, most of the Mumbaikars will be familiar with this name. She has earned her name and fame as the Lady Singham of Mumbai. So, let's go behind the scenes and talk about her success story. It's going to be very inspiring. 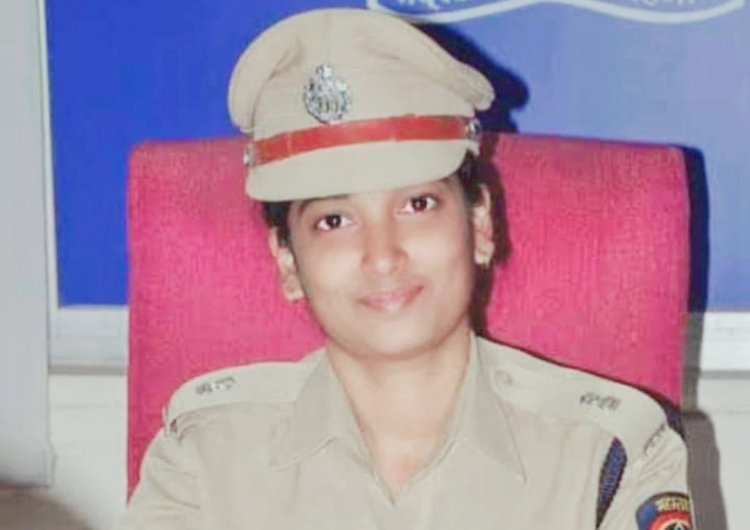 IPS officer N. Ambika is popularly known as the Lady Singham of Mumbai. Behind her name and fame, there’s a lot of hard work hidden. So, here we are going to tell the success story of this IPS officer and her story is really inspiring for all those people who want to do something great in their lives but can't take steps to start their aim. She proved that there is no specific time and age to start something new for your dreams. That depends on your decision, whenever you make a decision, that moment gives you a platform to start a new journey of your life.

Ambika was married at an early age of 14 to a police constable and became the mother of 2 children at the age of 18. In this age of studying and stepping towards her career, she was tied up with the responsibilities of her family and children.
Once Ambika went in a parade program with her husband who himself is a part of the Police Department she observed that the parade was being commanded by the police officers less than the husband’s age and the lower grade policemen were paying honor to the officers younger than themselves.

Then her curiosity woke up and she asked her husband about this, then her husband told her that those were there senior officers who’d become IPS officers by getting passed in the UPSC exam at an early age. That’s why they are at a higher post like IG and DIG. After getting answers, she felt a push to transform into a new journey of her life. She had got her aim now. Ambika told her husband that she also wanted to be an IPS officer. The best thing about this whole journey was that her husband understood her curiosity and helped her in fulfilling her aim.

The cooperation Of The Family

Her husband said, ”Being an IPS officer is not a left-handed play.” He motivated her and said, “You have to study a lot to become an IPS officer, and the weapon which you need the most is hard work and patience.”

He further told her that in order to fulfill her dreams, she had to pass matriculation, Intermediate, degree exams, and UPSC.

Although she had started all this was not going to be very easy for Ambika. In fact, her challenging track started here. Although she faced lots of challenging circumstances still she never looked at her dark past. She cleared all the exams of matriculation, intermediate, and degree level.
Now it was the turn for the UPSC exam. So, her husband sent her Chennai for the preparation of UPSC exam. Her family assured her that they would take care of her children and she should focus on her aim only. Her Rise And Falls

Although she had worked hard for her aim she failed thrice in this exam. Her husband didn’t want to demotivate her, so he asked her not to feel depressed. Further, he asked her to come home back but she refused and said, “I want to try my best this last time and if I don’t pass this time, certainly I’ll come back.”

Her husband agreed to her and finally this time Ambika cleared the exam of UPSC.  According to her rank, she was appointed to the post of an IPS officer. Today Ambika is the DCP of Zone- 4 in Mumbai. Everybody knows her as the Lady Singham of Mumbai.

Hence, that Lady who was married at 14, has become a role model to all those people who want to do something great in their lives but their excuses don’t let them start.

Meet Anusha Dandekar Who Is Breaking The Stigma Around Brown Skin With...

How To Become a Successful Entrepreneur?

Sign Of Evolution: Mumbai Becomes The First City In India To Install Female...

Apple To Launch iPhone Without Card Slot By September 2022