The gaming app startup which leveraged India's gaming craze to notch up 25M users in no less time is MPL.Live 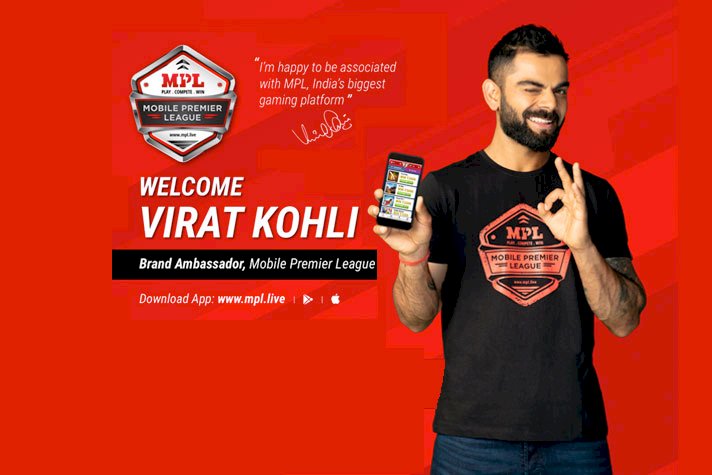 The gaming app startup which leveraged India's gaming craze to notch up 25M users in no less time is MPL.Live  Mobile Premier League (MPL), a mobile-focused eSports gaming platform is based out of Bengaluru. MPL was co-founded by ex-Zynga executive Sai Srinivas Kiran and Shubh Malhotra. Both Malhotra and Kiran earlier co-founded CREO, a hardware start-up that was acquired by Hike Messenger in 2017. Currently, the MPL platform claims to have over 25 million registered signups across both Android and iOS. A large part of MPL’s user base is from non-metro cities, according to the company’s chief executive Sai Srinivas Kiran. Besides such popularity and access of this gaming in India, it has been into controversy for being a fraud or gimmick app. Now users seem to be unhappy with its access that even play store dropped it from the platform. Many users have told that they faced the biggest scam through it. It's hard to decide if its a scam then why so many users are still part of it or if it is not, then why it has often been under controversial statements?

It isn't a usual gaming app where users can play games and win coins but here users can also earn money by playing games featured on MPL.Live. This app gives two choices to earn money. Either you enter the tournament by using in-game coins or by real cash. Let's analyze these options separately.

First using in-game coins. There are big tournaments if you top in them you may win Rs 1lac. It's tempting, isn't it? But users say they could barely earn Rs.3-4 after playing this tournament. Even after playing it for more than two months, it's next to impossible to beat the target of top scorers which app shows. Allegations have been on the top scorers that are displayed saying that they either bots or developers themselves. Where their gaming guideline says, cheaters will be banned for a lifetime without any payout so its not even possible to beat the challenge through cheat-codes.

Second is real cash, the idea here is simple. You pay Rs. 2 and if you win you get Rs. 5 Now users say that they generally start playing and win up to Rs. 200 but when it comes to redeeming the payout, the app crashes saying you lost connection & we regret that you lose your entry fee. Is this for real? I cannot really say as there are also few who have claimed to win multiple cash rewards after playing its game. People easily get hooked after winning one match and then the other, now human tendency says that we can never settle for so low and of course we cannot quit any game that we are already winning. But soon after you have won a handsome amount, a component who might be bot but doesn't seem to be is beating you in the match because of favorable situations offered to the other. They say, it seems like it is done purposely so that the user will lose the match & win nothing while the application has already made its revenue. Few have also called it to be very addictive but still a fraud.

The question remains unanswered as it's hard to judge it but when the brand ambassador of MPL.Live Virat Kohli, the captain on Indian cricket team is inviting users to play & win cash, when there have been no legal actions implemented on the ground of fraud and when users are really enjoying to play games here, besides calling it a gimmick, we have no right to make the decision as we are only in a state of dilemma. Shouldn't this startup be known for an amazing thought and idea to make business in gaming apps? Feed your thought & decide wisely!

Grand Diwali Offer by Apple: With IPhone 11 Get AirPods Free As a Diwali...

Fuel Prices Have Risen Again: In Delhi, The Retail Price Of Petrol is...