Automation is happening faster in different industries, especially in the technology sector, local software companies with more than 16 million employees will have to reduce the number of employees by 3 million by 2022, which will help them save huge amounts of money. 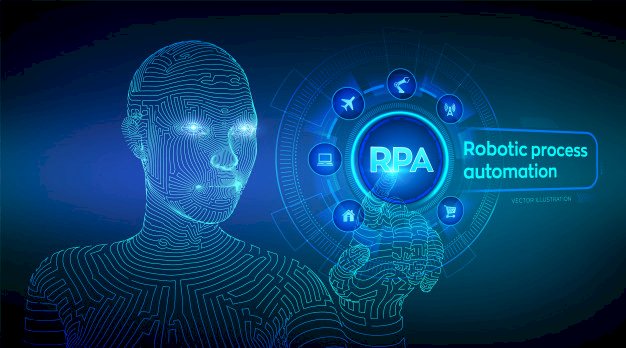 According to NASSCOM, there are around 16 million employees in the national IT industry, around 9 million of them in low-skilled departments and BPO roles.

Due to the impact of robotic or RPA processes and automation, about 3 million will lose their jobs by 2022, due to around 9 million low-skilled services and BPO roles. One RPA is expected to replace 0.7 million roles and the rest due to technology upgrades and other upgrades for the country's IT players, although a report released in the US on Wednesday said the RPA had the greatest impact in the United States.

The report said that based on an average full-load employee cost of $ 25,000 per year for India-based resources and $ 50,000 for U.S. resources, that equates to approximately $ 100 billion in annual salaries and related expenses for businesses. “TCS, Wipro, Infosys, Tech Mahindra, HCL and Cognizant and others forecast 3 million less-skilled jobs to be cut by 2022 due to the increased capabilities of RPA.

“This is a $ 100 billion cut in wages and other costs, but on the other hand, it is likely to bring in $ 10 billion in profits for IT companies successfully implementing RPA,” and another 5 billion chances of software will be a new dynamic niche by 2022. Because the robots can operate around the clock, that means significant savings of up to 10: 1 compared to human labor, the report said.

Robotic Process Automation (RPA) is the application or software to perform high-volume, routine tasks so that employees can focus on a more sophisticated task. It differs from normal software applications in that it mimics the way the employee works, rather than creating a workflow in the technology from scratch, reducing time to market and significantly lowering costs compared to traditional software approaches. is.

Offshoring has allowed the national IT sector to grow from around 1% of GDP in 1998 to 7% today, an extremely strategic sector for its economy and with annual sales growth on par with that of its western competitors (mainly Accenture, Capgemini, and Atos) is comparable to 18%. between 2005 and 2019. As per the report, another major reason behind the job losses driven by RPA is the fact that many countries that used to work in the past will probably bring roles to their domestic markets. The civilized world can also turn to more offshore IT jobs and use only native IT workers or in-house software robots such as RPA to secure its digital logistics and ensure the future resilience of national technology infrastructure.

The report warned that emerging economies, particularly China and India, are most vulnerable to technological disruptions that could affect up to 85% of jobs in countries such as Kenya and Bangladesh. China and India offer the best opportunities for skilled labor shortages, while ASEAN, the Persian Gulf, and Japan have less risk.

Graphonix Has Launched Digital E-box – A Portable Display Unit For everybody...

Leaving The Dream Life behind In London, The IIM Alumni Now Teach The...