Major Difference Between How The Restaurants Are Runned In The U.S. And India Post Pandemic

New York has find a new normal in running it's restaurants while India is still stuck in the old cliché. 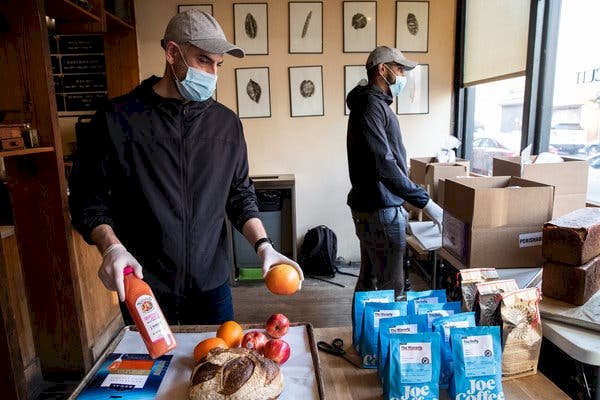 The coronavirus pandemic wants us to change the world around us. One such change that has taken place is the restaurants in New York.

New York has accepted the new change where an Open Dining Arrangement is in practice since the pandemic hit. Many restaurants have started their very own open dining option by the street-side. The city, which was the early epicenter for COVID-19, plans to run these Open Restaurants through-out the year. It will save approximately 90,000 jobs.  Since its introduction in June, the program has seen its share of success with the New Yorkers accepting the "New Normal."

In a statement, the mayor de Blasio had announced, "Open restaurants were a unique audacious experiment,  to support the vital Hotel industry and reimagine the public space." He also adds that it makes them proud to extend and expand this plan to keep up with the high spirit of New York and that its time to embrace a new tradition.

The mayor's office will be working with the city council to make these regulatory changes to ensure this temporary program's smooth transformation to a permanent one. The city had encouraged Open streets program wherein they have made provision for around 85 car-free streets to make the space available for Open Dining Restaurants. "The program will allow the cars to use the curbside lanes and allow people and small businesses to use the open streets.   This also means that New Yorkers may have more open public spaces and a healthier, walkable city," said James Patchett, President of New York City Economic Development Corporation.

During the autumn as well as winter months, when the temperature falls, the city will allow the restaurants to use electric heaters and propane and natural gas units, with some limitations. The outdoor patrons can feel the warmth when it is cold! Fully enclosed tents will also be permitted, whose occupancy limit will be 25% of its capacity.

The only disadvantage is that the severe winters with snow may force the city to suspend its program for some time. The heavy snow may cause them to remove some barriers from the roadways temporarily. As far as India is concerned the dining out industry is terribly hit by Covid-19 and it is rumored or we can say feared that almost 40% of the restaurants are not going to open up for the fear of transmission even if there is no lockdown in the city.

Business Motivation : What should Entrepreneurs do to become successful...