MI Indians won a rather one-sided contest by 5 wickets against the table toppers Delhi Capitals. 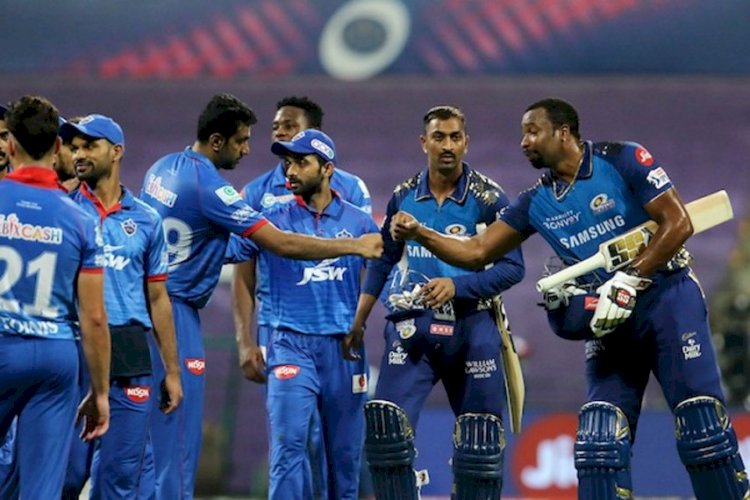 Delhi Capitals' dream run at the IPL was stopped by Mumbai Indians on Sunday. Delhi Capitals suffered a setback as their gun player Risabh Pant got injured and was replaced by Alex Carey. This made Hetmeyer lose out from his spot and after winning the toss, Delhi Capitals did the right thing by choosing to bat first. Ajinkya Rahane played his first match of the season and got started too. However, losing 2 wickets in the power play made MI ahead in the game.

Shikhar Dhawan and Shreyas Iyer though built a strong partnership and steadied the ship before Iyer finally succumbing to Krunal Pandya in the deep. Shikhar Dhawan finally found form but unfortunately though was run-out courtesy, Shikhar Dhawan. Bumrah kept things tight at the end and didn't let Delhi gain the momentum.

Mumbai Indians though had a terrible start as they lost their skipper for just 5. However, De Cock came on his own and made a brilliant 50. However, it was Surya Kumar Yadav who carried on from his previous innings and made a brilliant half-century and ensured that his side is much ahead of the game before he got out. Ishan Kishan and Kieron Pollard too had an impactful partnership and the latter finally took them home with 5 wickets and 3 balls to spare. With this win, Mumbai Indians now have 5 wins from 7 matches. They are now at the top of the table and are now more or less sure that they will reach the playoffs. Since it was a doubleheader, the first match was between SRH and Rajasthan Royals. Rajasthan Royals won the match courtesy 2 youngsters Rahul Tewatia and Riyan Parag. Their top four once again failed to deliver but Rahul Tewatia who is having a dream run at the IPL made sure that his team finally come to winning ways and RR now has 3 wins from 7 matches. The table is still open and barring DC and MI no other team is guaranteed a playoff berth yet. CSK and Kings XI though look as if won't be able to make it as they have knockout from hereon. KKR, RR, SRH, and RCB will battle it out for the top spots in the coming matches. Monday we will see RCB locking horns with KKR who have won some thrilling encounters. Dinesh Karthik too found form in the last match and will be interesting to see which number, he bats in. The match is in Sharjah and fans can witness a run-fest. This is the best time for Andre Russel to find his form as RCB's death bowling has been taken to cleaners more often than not. However, it would be interesting to see whether he has recovered or not as he got injured in the last match.

MBA Dropout Initiates A Digital App To Locate The Doctors And Patients...