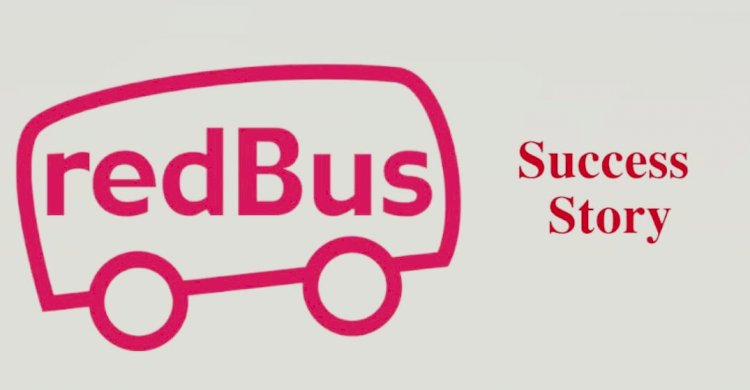 Many people start discovering their life only when it is too late to make changes, but Phanindra a.k.a Phani realized that his desire lay in the bus industry at the ripe young age of 25, from then on there was no stopping him. The introduction of the first online portal to book tickets for buses, called the Redbus, is attributed to him, which can be used to book buses, both private and government.

At a time, when the internet was uncommon, the dotcom was developed, a very huge revolution took place. Now, even a five-year-old is adept at handling websites and sometimes is even on social networking sites like Facebook, Twitter, etc.

This whole journey started at a time when the internet was just starting to rise in India. October 2005, mark it, is when Phani, in complete distress, got the “EUREKA” moment. Phani was working with the Texas Instruments in Bangalore and he had planned to visit his family to celebrate Diwali with them.  But unfortunately, he could not get the tickets because they sold out as fast as fire due to the festive season. Phani became distressed, and it is during this lonely time when the lightning struck in his mind, which then changed the whole bus industry.

He worked on the factors that affect bus services and decided to re-design the ticket booking model for buses. He thought of creating a platform, an interface on the internet which he found to be the best medium, where people can access different bus services to different cities and book tickets there.

He knew that he needed help and so he shared this brilliant idea with two of his friends with whom he later started this company. Charan Padmaraju and Sudhakar Pasupunuri were these amazing friends. They started off with an initial investment of Rs. 5 lakh and started building a portal in one of the rooms in their house. This, they treated as their office. This marked the beginning of Redbus

How this small start-up grew exponentially? When their portal was ready, all they needed was to get a tie-up with the bus companies for the seating and arrangement. So, they approached different travel agents to get this tie-up but the majority of them refused without even paying heed to their idea. And then came a savior, who gave five seats in his buses every week (small for many, but a huge leap for them), and laid down a condition that they should sell those five seats, else they lose their client. After much perspiration, they sold the cards to everyone during their free time. On the 22nd of August, 2006 they sold their first ticket to a woman of Infosys who traveled to Tirupati, and then there was no stopping them. They sold their remaining tickets within a span of the next five days.

Then they got selected in the TiE Entrepreneurship Acceleration Program and this changed their lives for the better and forever. They were assigned three mentors to advise them on how to start a business of their own. The mentors gave them assignments for every week, wherein they had to do a market survey of the number of buses, the number of routes, the average price of a ticket, how people buy tickets, the profile of customers, how much commission a bus operator pays to an agent, etc.

This kicked off their golden period started and they got very popular. Suddenly, VC’s started contacting them. As a matter of fact, their initial demand was INR 3 million but after revising their plan for hours with one of the VC, this figure multiplied ten times and settled at a whopping INR 30 million. In February 2007 they received their first-ever funding from Seedfund.

They were very fine entrepreneurs. They used this money very smartly in framing their company and quality employees.

There is always a fall

The three entrepreneurs started slowly but it did not take a very long time for them to capture the whole market. They gained 500 partnerships with bus and tour operators for over 5000 routes. It covered 15 states primarily in South, West and North India and had also expanded to Central, North-East and East India. They now have more than 75000 partner outlets and now their ticket delivery system is very easy and smooth. SMS service started and their annual gross income rose up to INR 30 crore. But unfortunately in bringing new changes and services, they spent their INR 30 million funding within a year and a half.

Since this was the time of financial crisis all over the world, even this startup faced the heat. The VCs who were calling them before every day were not even picking up their phone. However, their perspiration and hard work finally paid off and brought some good news in July 2009, when some collective investors, Seedfund and unnamed investors gave them some funding from whom they collected an amount of USD 2.5 million.

You fall, just to rise, again!

They used this funding to strengthen their fundamental requirements and strengthen their already strong base. They made use of new technology and built Software as a Service (SaaS) for bus operators so that they could easily update their software, handle it, maintain it and also take care of licensing issues. Thus their expansion started and now Redbus employs more than 250 people, working at different offices. They opened 3 satellite centers and ticket delivery system in 10 cities.

Their business was continuously increasing but due to the global crisis, the valuation of their company went down. However, that didn’t affect them as they were already established and running smoother than ever. Their revenue graph just went on increasing, they started off with a mere INR 5 Million revenue in FY07 with no profits, and directly jumped to INR 50 Million in FY08, followed by INR 300 Million in FY09 and finally amassed INR 600 Million in the FY10.

Their success made many investors interested in their company and in the year 2011, they raised whooping funding of USD 6.5 million (roughly approximated at INR 390 million). They sold around 3.5 million tickets this year and this left many people aghast. This was another expansion phase, where they expanded their services to the Government bus service as well. They tied up with Goa and Rajasthan State Road Transport Corporation.

Soon, they had sufficient capital to manage their own business and expand it all over India. They sold 10 million seats with a growth rate of 250% with the ambitions of obtaining international operations from Malaysia and Singapore.

Redbus became very famous and everyone knew about it and started talking about it as well. This gave them immense growth and they reached USD 120 million on the board in gross merchandise value during February 2013.  However, they did not stop here. In fact, they established new tie-ups with YourBus, and Asset Tracker launched real-tracking. They were expanding manifold every month but yet their thirst for more was not satisfied. And as per reports from Business standard in March 2013, they were on their final stages to raise USD 20 Million worth funds at an aggressive valuation of as much as 11 times their net revenue of close to INR 55 crore, thus valuing the company at USD 110 Million.

Ended with a Boom

They were an unstoppable force when they shook hands with the Karnataka State Road Transport Corporation. But suddenly, shocking news came. In June 2013, redBus announced that they had sold the company to South African media giant Naspers through its Indian subsidiary, Ibibo group, for around USD 120 million (approx INR 790 crore) at a gross merchandise value (GMV) of around Rs 600 crore. This was by far the biggest Indian internet asset deal. They can proudly proclaim that they started with a boom and ended with a boom.

But in April 2014 it was reported that the Redbus had started a hotel booking service supported by ibiboGroup and that they were planning to tie up with the Uber cabs services to include a new service of offering free rides to people till bus stops.

Started Up When She Was Pregnant Battled The Stereotype To Create a Rs...