Vivek Gurav is the founder of this movement. He is basically from Jaysingpur, a small town in Kolhapur District, 24 years old and a software engineer by profession. 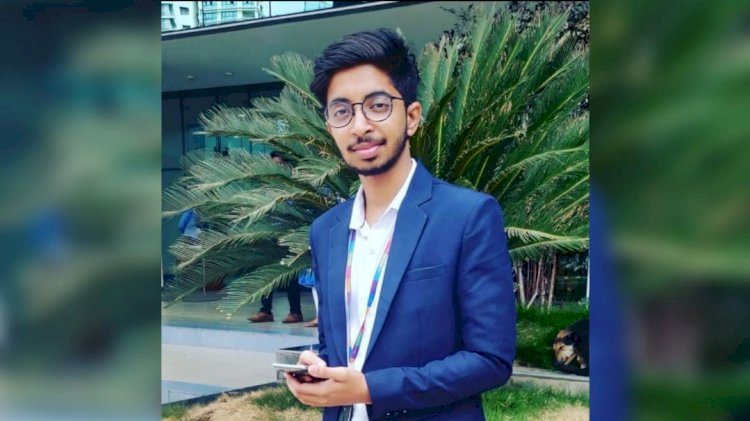 Here is an exclusive story from the founder of Pune ploggers. Before getting into the topic let’s see what is plogging. You must have heard of blogging or vlogging, but isn’t plogging a new word? Well., plogging is a combination of jogging with picking up litter (merging the Swedish verbs plocka upp (pick up) and jogga(jog) gives the new Swedish verb plogga, from which the word plogging derives). As it sounds it originally originated in Sweden. Now let’s jump into the topic.

Vivek Gurav is the founder of this movement. He is basically from Jaysingpur, a small town in Kolhapur District, 24 years old and a software engineer by profession.

“We all see a lot of problems in society around us. the good part is we all discuss these problems and we know these issues exist. Pune was a city of dreams for a small village boy like me. But the weirdest thing I observed here was the rift between the privileged and underprivileged communities. There was a government school near my engineering college and it needed some help and that’s where all these initiatives began and there was no looking back after that.”

Explaining to parents about the initiative:

“The toughest part! Initially when I told them I have started this movement they thought I got a job of picking waste. But then I explained them saying this was a social initiative & I am doing it to make the city clean &. green. They were hesitant about me doing it regularly but when they saw the Ploggathon 2020 coverage on NEWS they were quite surprised to see my initiative going city wide. Now they support & infact my family has started a chapter in Kolhapur called "Kolhapur Ploggers". Story of the beginning:

“Pune Ploggers was started in October 2019. But my overall journey started in 2014 when I shifted from my hometown from Kolhapur District to Pune for Higher Education.

I have been a part on more than 50 different initiatives all started by me since then.

In August 2019, Pune saw flash floods and one of the slums I was working for... got submerged in the flood waters. The major reason for those floods was blocked drainages due to plastic waste. The rainwater couldn't go through drainages and ended up entering residential areas and slums.

This triggered the though in my mind to start an initiative that would address the littering habit of citizens. Plogging was something I had found to be trending and cool concept that address the flaw of usual clean up drives.

I started with a personal #30DaysPlogging challenge for self & the result was phenomenal. More trash collected in less time since it’s a simple act of jogging and simultaneously picking up trash. Even though the credit of this idea goes to…”

“Pune Ploggers which started as my individual habit got a huge response from the techie community in the city's IT group.

A hectic week of work at office is something keeps IT employees away from routine exercise for health. Plogging on weekend gave them a chance to reunite at a green spot at a nearby hill, jog for self-health & volunteer for a plastic free city cause. It was a win-win for them!

Now senior citizens are also a part of this community! And we have modified the idea for them & we call it Plaking (Plastic pick-up while walking!) “The only reason I had started Pune Ploggers was to bring the youth together for a simple cause for cleaning up the city & raising awareness about littering in Public. We are planning to take a step ahead and address the trash issue at source. the major problem I have seen while picking trash was due to unsegregated household waste dumped in open. I have started conducting Waste Management Workshops for communities, societies & residential corps to promote plastic reuse & collection for recycling. Wet waste to compost is another initiative we have started in the covid_19 lockdown.

Also, we are expanding to multiple cities with plogging communities being setup in Mumbai, Delhi, Nashik, Chennai & Bangalore!”

Right from resistance from local bodies, arguments with administration, logistics issues, biomedical waste dumped in open were few challenges that we have successfully overcome!

Convincing volunteers was a major challenge since the idea was novel but now, we see a good response.”

“They spread negativity around why should citizens pick up trash.

What will happen if few people do this?

These efforts won't make much impact and all.

But my motto has always been:

Every single plastic bag thrown in open is going to cause massive destruction! And our efforts create right awareness when it comes to making an impact. So, these negative energies just strengthen our efforts in return.”

Started Blogging From Bedroom To Having Millions of readers! Pete Has...