It is often seen that determination comes from an overwhelming desire to accomplish something. But in some cases, the desire is balanced by the hand, remaining on the ground and constantly working hard. This is the story of B. M. Balakrishna. 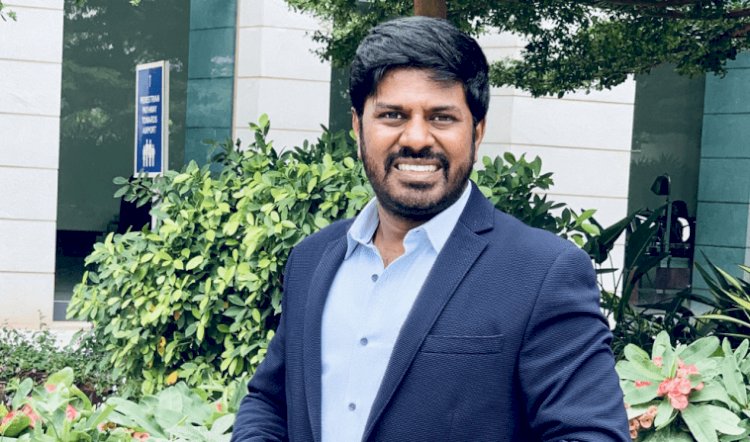 Balakrishna was born in the village of Shankarayalpeta, located in Chittoor, Andhra Pradesh, and as a child had a habit of doing great things. His father was a farmer, and his mother was an Anganwadi tailoring teacher, which made his beginnings very humble. After six failed math tests, he finally managed to finish his studies.

He wanted to start work from school time itself. He told his parents that she would work in a phone booth for 300 rupees a month. After finishing school, he graduated from the Nellore district with an automotive diploma. He decided not to waste any more time and focused on studying from day one. His family had to make an effort to send her just fees from him, and Balakrishna did not want to waste his efforts and hopes.

This taught Balakrishna the importance of money when he realized that his family had to do everything possible to support it. Back then milk cost 3 rupees a liter, which meant they had to sell 350 liters of milk to send you 1000 rupees. He studied with the utmost devotion and passed his exam with 74 percent and finished second in college. His parents were delighted and wanted him to continue his education, but Balakrishna wanted to improve the standard of living and the financial situation of his family and was looking for work. His mother gave him 1,000 rupees and asked him to find a job nearby in Bangalore.

Balakrishna moved to Bangalore and sent out applications to all car companies, but to no avail. His zeal was diminished by the state as well as by his finances. He decided to take on any job and after a few days started working as a car wash.

While working at a car wash, he received an offer to go into the pumping business. Although this was not his forte, he took a job for a salary of Rs 2,000. This helped her to ease the burden of her parents as she had to support her parents. His name was Marketing Manager and after this previous job, he worked in the sales department for 14 years. Over time, it became difficult to visit the site regularly.

Unable to cope with the demands of the job, he decided to quit his job and go into business in order to try his luck. In 2010, he launched his own brand Aquapot with his own money from a 1.27 lakh grant fund. At first, it was difficult to manage money, and when he spoke so, relatives advised him to resign. It was a long period of his life when everything seemed difficult.

In the beginning, he ran the entire business on his own and had very few employees. If he had to repair equipment, then he himself made the excursion. Previously, in warm weather, I used to carry equipment on a bicycle. He knew people very well and soon his clients began to expand and he started a wholesale business. He focused on sales. T-shirts, flyers, leaflets, etc. were distributed. Their efforts bore fruit when Aquapot was ranked among the top 20 water purifiers in India with nearly 50 employees working in branches: Hyderabad, Bangalore, Vijayawada, Tirupati, and Hubli, as well as sales Rs. 25 million.

Today he is the proud owner of the company and sheds blood and sweat to keep the business running. He does not pause and works enthusiastically all the time. He believes that nothing is impossible. Everything can be turned upside down, and fate is hard work. Whatever we do, we simply set a benchmark for our future. You don't have to wait until the iron is red, but you have to warm it up, but hit it constantly. He believes in moving forward without thinking about anything bad about his situation.

From a Street Kid To An Entrepreneur- An Inspirational Story Of Hope And...

Get Up And Prepare Yourself For Success - Daily Dose Of Motivation

This Charging Feature From Premium Android Phones May Come In iPhone 13...