With the central ministry of education already giving a green signal to reopen the schools by September 21st, declaring the SOPs (Standard Operating Procedures) for the same, few more states are ready to join the other ten states where the schools/ colleges are already functioning. 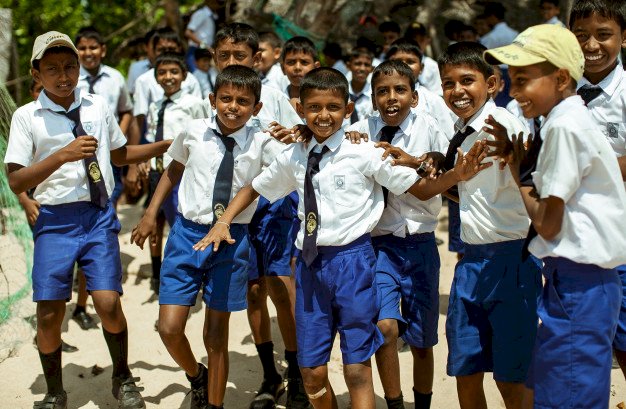 Due to the corona pandemic, schools and colleges all over the country remain closed since March. After about 7 long months of lockdown, the educational institutions are keen to reopen in the coming month.

With the central ministry of education already giving a green signal to reopen the schools by September 21st, declaring the SOPs (Standard Operating Procedures) for the same, few more states are ready to join the other ten states where the schools/ colleges are already functioning.
In Tripura, schools are all set to reopen on October 5th for class 11 and class 12 students. The state’s education minister Ratan Lal Nath announced this news on Saturday. He also pointed out that students with written permission from their guardians will alone be allowed inside the school premises. After reviewing the situation decision will be made on reopening schools for other classes in a phased manner, says the minister. Only 50 percent of the teachers will be called to schools to take classes by rotation, the minister added.
Following suit after the state of Tripura, the union territory of Puducherry has decided to reopen schools for students of higher classes. As per the latest announcement from the Puducherry education department, class 10 and class 12 students can come to school for clarification of doubts from 5th October. Class 9 and class 11 students can come to school from October 12, says the Puducherry education department.
In West Bengal, the government is planning to reopen the schools in November. And the schools of Kolkata city have welcomed this move. They are of the view that it would be good to reopen the educational institutions after Puja /Dussehra. Because the parents may hesitate to send their children to school during the festival. Down south, in Tamil Nadu, the present situation is very much fluid. The government of Tamil Nadu had earlier decided to reopen schools from October 1, for class 10, class 11, and class 12 students. The state also had released comprehensive SOPs for the students to abide by. The state has also announced that only 50 percent of teachers can be called to schools for running classes 10, 11, and 12.
But the education minister of Tamil Nadu has clearly stated that no decision about resuming regular classes had not been taken till now. The conduct of online classes will continue, added the education ministry of the government of Tamil Nadu.

As a result of conflicting announcements from the government, the students of the Tamil Nadu state are highly confused. Talking about other states, no other states has shown interest in opening the schools in a hurry. States like Rajasthan, Gujarat, and Goa have decided to assess the situation completely before giving a green signal. The matter is sensitive and hence many states have opted to continue lockdown in schools till the end of 2020.

Top Sensational Jungle Safaris To Have Live Experience With Wildlife

To Make Your Diwali Blissful Must Add These 5 Items To Your Shopping Cart!