What Is The Delhi Government Road Map To Fight Against Coronavirus Third Wave?

Following the third wave of Covid-19, the Delhi government has developed a roadmap to prepare the city. This includes an increase in the number of health workers and oxygen facilities, as well as the creation of a Pediatric working group. 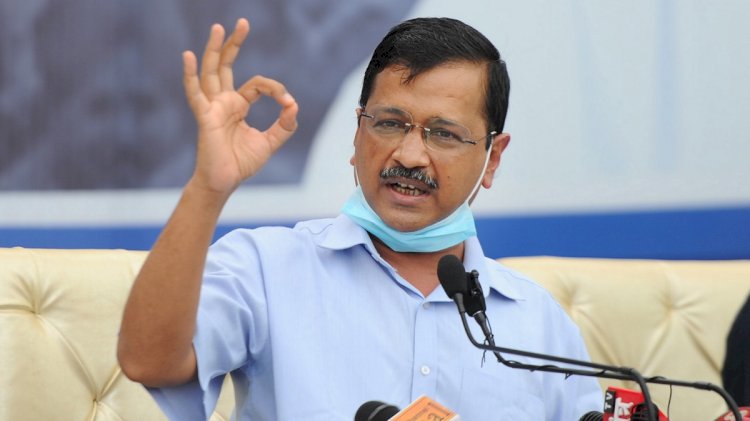 When it comes to Covid-19 restrictions, Delhi is almost completely unblocked, with conditions, of course. Only schools, colleges, educational institutions, and religious and community gatherings remain closed.

However, the risk of a possible third wave of Covid-19 remains. In this regard, the Delhi government is preparing to do the same. The Delhi government has learned the lessons of the devastating second wave and is focused on supplying health facilities that suffered severe bottlenecks in April and May.

The Delhi government's action plan is to create a public and pediatric target audience, increase the number of health workers and oxygen factories, organize medicines and rapidly vaccinate the population.

In the third wave, about 37,000 cases are expected to be processed per day, according to government information. In the worst case, there will be 45,000 cases per day. The government is preparing for both the normal and worst-case forecasts.

PREPARATIONS RELATED TO OXYGEN OF THE THIRD WAVE

The Delhi government is preparing to install a total of 44 oxygen plants in Delhi. By June, the government had installed 27 oxygen power plants. Out of these, five oxygen facilities were set up in May at  Satyawadi Raja Harishchandra Hospital, Baba Saheb Ambedkar Hospital, Sanjay Gandhi Memorial Hospital, Deen Dayal Upadhyay Hospital,  and Burari Hospital. Another 17 oxygen systems will be installed by the end of July. In Delhi, the central government has set up six oxygen plant centers and plans to get seven more. Three oxygen storage tanks with a capacity of 57 tons per tank were built. For an uninterrupted supply of oxygen, 18 oxygen tankers are brought from Bangkok. Two cryogenic filling plants with a capacity of 12 tons will go into operation by July 31st.

Two special forces have been set up in Delhi to combat the possible third wave of Covid-19.

The first is the special pediatric group created to manage Covid-19 in children. It consists of eight members and will prepare in light of the potential impact of the third wave on children.

This committee is chaired by Satya Gopal, India's administrative staff, a node agent for Covid-19 cases. The committee also includes the chief secretary of the health department and medical experts.

The working group will also conduct modeling exercises on trends and mutants of Covid-19 worldwide in order to be able to predict the severity of the third wave. Accordingly, they will prepare a response plan, which will be assessed based on the level of positivity indicators.

The second is a state-level panel of experts set up to reduce and manage the impact of the potential third wave. This 13-member committee will develop an action plan to improve the health infrastructure of Delhi based on the current health infrastructure, drug and oxygen supply and future needs.

This committee is also chaired by Satya Gopal. The committee will include officials of the IAS grade and officials from the Directorate-General for Health Services.

Genome sequencing is a technique that helps understand and identify the changing nature of viruses that infect humans. In view of the threat posed by the Delta Plus variant, two laboratories for genome sequencing have opened in Delhi.

One of these laboratories is located at Loknayak Hospital in central Delhi and the other is located at the Institute of Liver and Biliary Science in Delhi.

5,000 community health assistants to be trained

Given the shortage of medical personnel during the second wave, Delhi Prime Minister Arvind Kejriwal announced that 5,000 local medical workers would be trained to serve as additional workers.

Rumours Of Ringing Wedding Bells Of Neha kakkar And Rohanpreet Are Now...