Free-charge is a simple concept to make top-up and utility payments profitable and convenient. Now with the advent of mobile wallets, the free charge will take another advantage of this concept. 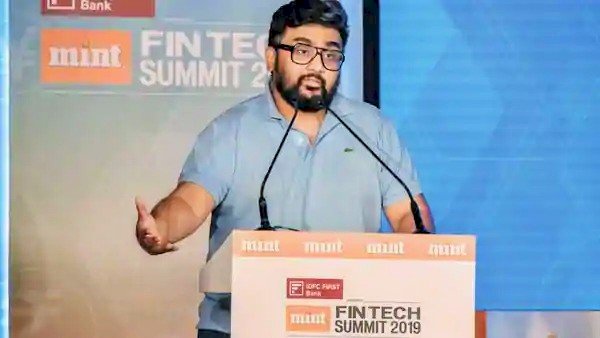 Born on 20th of May 1983; is the Founder of one of India’s most pioneering business models – Freecharge!

He had an early start to his career. With a stroke of genius, he observed that the term “Free” had a stigma attached to it. He started Freecharge to put in plain words to the masses that no such thing as “free of cost” exists.

Married to Bhavna Shah (a freelance Graphic Designer); Kunal Shah is an MBA dropout (by choice, mind you!), from NMIMS (Narsee Monjee Institute of Management Studies); Kunal did his Bachelor of Arts and Philosophy from Wilson College, Mumbai.

Soon after the completion of his graduation; Kunal went against his family trend of joining the family business (which mostly deals in pharmaceutical distribution in South Bombay) and was recruited by a start-up BPO called TIS International Inc as their junior programmer in 2000.

Sandeep Tandon – an investor in the start-up had come down from the United States to work with the company. He met with Kunal, loved his personality, and immediately struck up a professional relationship. Kunal went on to work in the company for ten years. He also helped Sandeep expand the business to 1200 more companies, which is no easy feat for a beginner and demands recognition.

By 2010, Kunal saw himself up to the challenge of entrepreneurship; he set down the papers and began working on it. And Sandeep Tandon joined him in his venture, as it smelled of success from miles away.  Together they founded what went on to become one of India’s most successful enterprises yet. Kunal wished to commercialize and monetize the concept of “Free”. And soon enough, he came up with a brilliant idea that took his career to greater heights.

As a start; he created a company named “Accelyst Solutions Pvt. Ltd.” Under the name of this company, he launched his very first venture: “PaisaBack!”

PaisaBack had tied up with a large amount of the gigantic online retailers in India and used to offer a certain amount of cash-back to its customers on the purchase of any item through their list of connections. Essentially, they used to bargain high with thousands of top-notch brands like Flipkart, Amazon, Snapdeal, among others, to get its customers the highest cash-back, and in return, these brands used to get huge amounts of traffic through their website. Impressive, right?

The very idea of making something from nothing, whose mechanisms all the while were laden with intricate concepts and rationalizations, with ease of usage; attracted a lot of customers and earned them a fair amount of 1-2 crore per year. PaisaBack paved way for something more brilliant, something bolder, something brighter, and something of a pure stroke of genius; it was Freecharge!

Yet, he wanted to take the “Free” concept to the next level, but this time it was different… he wanted to extract the stigma attached with the concept of “Free”. And while working on PaisaBack he came upon the idea of Freecharge

Freecharge is a portal where one could carry out recharge facilities/bill payments for a variety of products like DTH connections, mobile phones,  or data cards, etc. in return for discount coupons worth the equal amount for absolutely no extra cash, from reputed brands like McDonald’s, Costa Coffee, KFC, Café Coffee Day, PVR Cinemas, Barista among many others.

Freecharge again was formed under Accelyst Solutions Pvt. Ltd. wherein a part of the new venture was funded by Sandeep and the rest by PaisaBack.

And a soothe foundation was laid, and the stones were set. It was time to work on the product and relive accomplishments again and again. During the same time, Naman Sarawagi (current founder of FindYogi) had written a guest article on “NextBigWhat.” Kunal loved the insights mentioned by Sarawagi around the recharge business module and, at once contacted him. After a brief exchange of words and ideas, Naman joined Freecharge as their 1st employee. Naman was given to lead the initial product management + feature decisions + development part (with only one engineer).

To sum it all up; there was actually no serious tech that was built – everything was like how we Indians’ like it and affirmatively do it – “Jugaad!” In fact, it was just intelligence on Kunal’s part that propelled the company to greater heights, with almost no technical base, but there had to be a technical base no matter how small, or the company would just fall apart.

As a matter of fact, many of their later developments were made solely on the basis of customer feedback and reviews. This also clarifies that way they are one of the booming businesses around. They put the customer first. They also had their fair share of trouble, but none too big to stop them. Their biggest problem by far was the reluctance of companies to invest in the concept of “Free”. Convincing them was the biggest hurdle in their race. Eventually, few companies gave in and supported the cause of “Free”, while the others just tagged along when they saw many companies were on board, seeing the concept for the first time as the profiting and beneficial for their business and cause.

Adding to more distress, there was this time actually; when the concept of online payment was just taking off. And the structure governing it was not all that supple.

As a result, Freecharge had to go through hard times when it came to payment gateway commissions. There were also some issues related to the amalgamation of the payment gateways with their website as well.

But in the end, all their problems seemed to resolve on their own accord, leaving them with a booming business and raining money

Freecharge aimed their efforts on youngsters. But in the beginning, their reach was limited to IITs and IIMs. As most of them didn’t possess a card; a person of their company went to the students’ place with a card, collected cash, and handed recharge coupons in return.

They went to great lengths to publicize their company; along the way, using almost every technical facet available to them, mainly to appeal to a larger population than today internet is a hub of. One of their drastic and equally amusing yet somewhat brilliant ideas includes creating a fake Facebook profile of a girl, gathering thousands of friends and spreading the word to thousands of more people, and so on. Perfectly normal, right?

So and so…; Freecharge got supported by first-rate websites like Pluggd.in, Trak.in, Alootechie, telecom talk, Rediff, The Hindu, Outlook, and ET Now aired a story on them too.

And sure enough since then, their growth has just increased exponentially. Freecharge got listed as one of the most promising technology start-ups from India by Pluggd. in and to top that, their staffing had also drastically increased to 35 members.

And in November 2012, Freecharge declared that they were doing an online recharge worth $6-million per day and roughly $2.19-billion a year. Such a commendable feat!

By 2013, the company had successfully built its base in Mumbai & Bangalore and now had over two million active customers who contributed to over 50,000 successful B2C transactions per day.

But to top it all off, something else made them a craze among the masses and made them almost go viral all over the internet.

In May 2013, Freecharge in association with TVF – ‘The Viral Fever’ (an online youth entertainment network), created a spoof on the then famous TV show Emotional Attyachar. With limited but not so stunted attention, they launched this video on YouTube, and within no time they landed 1.5 million views!

Fascinatingly, the year 2013, also witnessed an unusual turn of events! Kunal, who till now acted as the CEO of the company, announced that he was officially stepping down from the coveted position to take care of other planning and operational aspects (like growing their merchant & client network and stuff), and had now appointed Alok Goel (Ex-COO of redBus.in) as their new CEO.

This was true, an astute decision, considering Kunal’s forte lied in Planning, Ideation & Strategizing and Execution was doing nothing but just diverting his focus.

And proving that belief right; the company since then became far more structured & streamlined than ever and the numbers proved the same too! And the money just kept coming!

By September 2014, the transactions performed via the mobile app had increased by 30x and now 70% of the business was received from the mobile itself!

To crown that, the company also acquired “Preburn & Wishberg” and their respective teams were now working to build new referral programs of Freecharge.

Freecharge, as of now, had more than 10 million registered users and accounted for more than 400% YoY growth.

Such was the vigor of the company, that apart from MobiKwik and PayTM; not even one company was even vaguely close to competing with Freecharge!

Finally in April 2015; Kunal officially announced that Freecharge was now a proud member of the Snapdeal community and had been purchased for a whopping $450 million (that’s over Rs 2,800 Cr!), making it India’s largest start-up acquisition deal so far. Phew! Right?

The principal reason for the expansion was that; Kunal could clearly envisage that this was an impregnation point for him and, for Freecharge to step down and further expand into wider markets. And also, that without any restrictions; he needed to become a more profound player.

A lesser-known fact: Snapdeal’s co-founder Kunal Bahl and Freecharge founder Kunal Shah had been doing business together for many months before the purchase took place. And thus, gotten to know each other quite well too. Therefore, there were no Investment Bankers, no protocols; the deal was done in just 22 days!

As of now, it was announced that Alok Goel would be stepping down from his position of CEO and will now be in charge of finding new business opportunities for the Snapdeal-Freecharge combined entity whereas Kunal Shah would again be taking over as the CEO after two years.

And Freecharge has been growing ever since, achieving heights never seen by any Indian start-up before.

Hopefully, some will follow suit and find in their hearts that they too can use an organ called the brain to turn their life into a success story, that has to be rewritten over and over again only to accommodate the greater accomplishments taking place on a daily basis. They are helping their business as well as the Indian economy to grow. They are champions in the true sense of the word.

IIT Startup Made Ventilators That Are 90% Cheaper Than Imported Ones