A day after BMC paid an unexpected visit at Kangana Ranaut's Mumbai property, BMC marked her property as illegal construction and soon going to demolish. 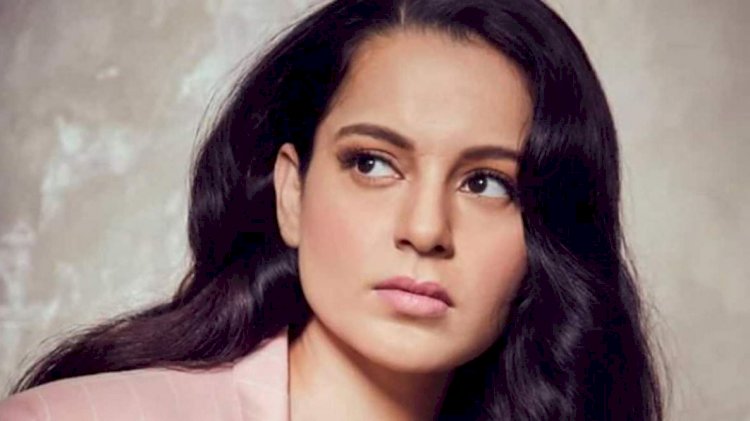 Things get upside down, Kangana Ranaut's office in Mumbai has been sealed by BMC. The trending actress had set up her own workspace in Bandra's Pali Hill. Just yesterday she took to Twitter and shared a video to show that BMC laborers paid an unexpected visit to her office. It has now been uncovered that the actress has gotten a "stop work notice" for "illegal construction". As per ABP News, BMC said that the entertainer's office isn't according to the plans submitted to the organization.

The legal notice states "Kangana wasn't consistent with Rule 354A of the Mumbai Municipal Corporation". The Mumbai Municipal department has given seven focus pointers to investigate. As indicated by the news channel, the BMC said that the property hasn't been developed according to BMC's set models. The pointers likewise assert the property's second floor hasn't been constructed in an approved manner. It additionally noticed that the attached bathroom with a room is not constructed according to the submitted plan. As indicated by The Times of India, BMC looks for Kangana's answer in 24 hours, and the national daily reported if "If she neglects to answer, the BMC will wreck the 'unlawful part' on Wednesday or Thursday,"

The seal comes only a day after the BMC paid a visit without earlier notification to the entertainer's property where they were claimed that they come to investigate the property. The BMC's notification comes in the midst of Kangana and Sanjay Raut's words quarrel on the internet. After Kangana reprimanded the Mumbi Police, the Maharashtra government official asked her not to come back from her Himachal Pradesh home. During her reprisal, Kangana referenced, "Mumbai feeling like Pakistan-involved Kashmir." She also tweeted Aside from BMC's notification, Shiv Sena IT Cell additionally recorded a protest against her.

Meet Mugdha Kalra, An Autism Activist Who Is Championing The Root Source...