The unique aspect about Wooplr is that the portal is not just limited to clothing and stuff but also feature a number of other categories as well which include: Trending, Handbags, Shoes, People I follow, Home & Living, Food & Drink, Accessories, Beauty & Collectibles among others where you can shop from. 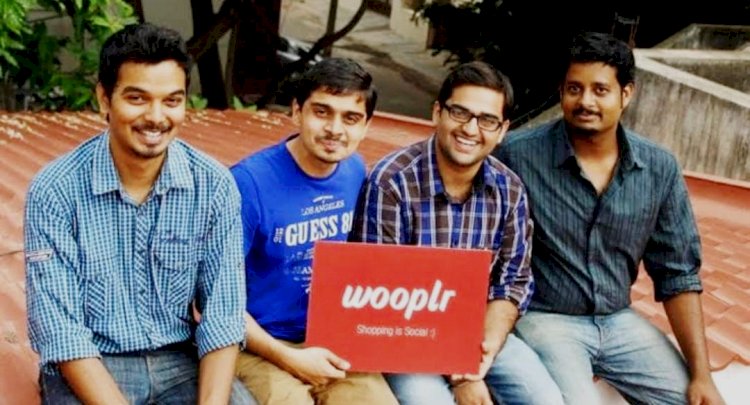 Once upon a time, the people of this world used out to go out shopping (they still do; but not up to that extent, to be honest). There would huge rows of people garnered in front of a store just to watch what the mannequin was wearing. Everybody was so excited about the new clothes in town that they used to search for the same piece market-to-market. Then came the revolution – The Online Shopping Extravaganza! Wherein everybody was the undisputed king and queen of shopping! All the shopping portals featured the latest trends and stuff and no one ever had to go out in the soaking sun anymore! One such e-commerce site is – Wooplr which is, indeed a league of its own (no doubt it’s a massive hit among the people!).

Now, for all those people who thought that Wooplr is just another ordinary shopping portal; think again. Wooplr is a unique platform wherein people can connect with each other. From local businesses to social circles and others, Wooplr is the place to be at! It features all the latest products along with all its details: what it is, where to get it, reviews, blah … blah … blah!

The unique aspect about Wooplr is that the portal is not just limited to clothing and stuff but also feature a number of other categories as well which include: Trending, Handbags, Shoes, People I follow, Home & Living, Food & Drink, Accessories, Beauty & Collectibles among others where you can shop from.

And, contradictory to popular belief, Woolpr was not just any random idea; in fact, it was a sought out move which took months to get into action. Actually, it all began back in the summer of 2012, when Arjun Zacharia, an undergraduate from NIT, was suffering from the same ordeals as any other ordinary person when it came to shopping. He had all these different questions circling his mind; questions like – Where would I find that? What are other people buying? What is the latest trend? and stuff like that.

Then came to his mind, an idea; an idea that was about to change everything! He founded Wooplr in the month of April in the year 2012, with an initial investment of about ten lakh from his friends and co-founders – Soumen Sarkar, Praveen Rajaratnam, and Ankit Sabharwal). In the beginning, Arjun ran the website in a private beta mode and gave the website some time to adjust and ran some tests from time to time. Now, it mustn’t be confused that Arjun was a fresher to all this. He had the rich experience of eight years of working in the industry. He had previously worked for companies like Intel, Integral, McAfee, and Tavant and followed it by running a website eauto40.org – a grievance redressal portal that took care of the traffic violations, and he exactly knew, what he was doing.

For over a year, they ran the website on a private beta mode and collected feedbacks from their friends, family, and any other person who was allowed to use it; and as a matter of fact, the company met their first 500 users via this “scheme” of theirs and based on their feedback, made the necessary changes and improvisations and finally when the MVP was all set, the public beta was launcher in March 2013. The company, along with the online portal, also launched an Android and iOS app.

Within the first 2 months of its launch itself, Wooplr managed to register 8000 users on their online portal and averaged a rough 2000+ downloads of their app on a daily basis (including both the Android and iOS apps).

The business picked up in no time, and the company thought of expanding to other big cities like Delhi, Mumbai, Kolkata, Pune, Hyderabad, etc. as well (after launching their business originally in Bangalore.). The word spread like wildfire, especially among the youth and women of the country. Wooplr’s competitors in this segment – Sweetcouch & Scraphere, too got vary of its growing popularity. The biggest twist in the tale came when the company launched an absolutely new feature called the “Nearby” for their android & iOS applications. The feature was launched to help locate the best places to shop or eat from and the reviews were based on the comments by friends, foodies, shopaholics and the people alike! It also presented a search option to its users such that they could look up for specific products as per their choices.

This proved to be the Achilles heel in the rival’s camp and there onwards, it was only rising and rise for Wooplr. Although Wooplr has got the much-deserved attention and reputation that it rightfully deserves but there is still something missing. The fact, that they aren’t making any money from the venture, having raised no funds as of yet is despairing! They have, up till now survived on the money that they borrowed from friends and family!

Looking at the competition and the astute position that Wooplr has reached in the market, it would be needless to say that they would require facing any such hardships finding funds. All they have to do is look forward and form a solid financial backing!