A few years back we used to call various eateries to put orders and again call up for adjustments and headings and reservations. At that point came in applications like Zomato who turned around the entire situation and made it incredibly straightforward for the purchasers. Deepinder Goyal and Pankaj Chaddah established Zomato in 2008 that further helped this procedure of eating out and food conveyance. 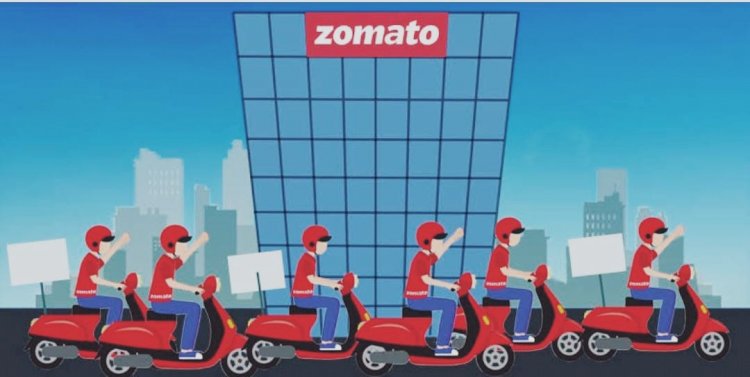 Whether you are stuck in a new place, searching for restaurants which serve food of your taste; or are simply searching for new places to eat around you, Zomato is what you need! Gone are the days when you had to get out of the house first and then search for restaurants. Now, with webites like zomato.com, you can easily look for places to eat around you. It is an online restaurant search and discovery service providing information on home delivery, dining-out, cafés and nightlife in cities of India and 21 other countries.

How it all began

Co-founded by Deepinder Goyal and Pankaj Chaddah, Zomato was earlier known as Foodiebay. When they started Foodiebay, a word document like page on the internet, little did they know that their brainchild would go on to make a mark in around 106 cities across 21 countries. Foodiebay was in fact, a small gesture by the duo for friends. It was a restaurant or menu search of 1200 places to eat in and around Delhi NCR. Back then, it had an inconspicuous user base of a few friends and colleagues; but now, zomato.com has a user base of 62.5 million with information of over a million restaurants globally. When foodiebay was launched in July 2008, the co-founders had no intention of generating revenue or commercializing their website. But their friends and colleagues were very receptive to the idea behind this website. Soon the user base increased owing to its great popularity in the state. By the end of 2008, they added some more restaurants to their database making the total reach around 2000.

Because of the popularity of foodiebay in Delhi NCR, the co-founders decided to expand their business. They expanded their website’s reach to cities like Kolkata and Mumbai by 2009; followed by Bangalore and Pune in 2010.

The business was running smoothly for the initial 2 years without any investment or a professional team. But further expansion was not possible without any outside help. Thus, they reached out to potential investors to fulfill their need for funds and expertise. This is when they got in touch with ‘Info Edge’, which was a turning point in their business.

In August 2010, Zomato received a funding of USD 1 million from Info Edge (India), the parent company of the Naukri.com group. This was the first investment from Info Edge and they have been on Zomato’s side ever since. This gave a major boost to the company. Since they were expanding more than ever now, they changed their name from ‘Foodiebay’ to ‘Zomato’ in order to avoid any possible conflict with eBay in the future as Foodi’ebay’ name had “eBay” in it. With increasing success, came increasing demand from everywhere. Zomato now needed to increase its reach and resources. Hence, they also had to generate more income. With this in mind, they came up with a revenue model that is followed by them to date. It has the following modules:

This accounts for approximately 75% of the revenue wherein they place ads for customer restaurants.

Here, they earn revenue by promoting events on Zomato for restaurants based on advertisers accounting for 5% of the revenue.

This accounts for 15% of Zomato’s revenue. Here they take a commission on tickets sold through Zomato.

Many restaurants take consulting services to know which area is the best to open an outlet. Zomato experts research for the same and charge fees for it. While raising more funds, Zomato was also facing a huge crunch when it came to generating profits. Zomato Media Pvt. Ltd. is the actual owner of the website.

This gave rise to a need of raising funds. Once again Info Edge, along with Sequoia Capital raised a whopping USD 37 million. Following the allotment of these funds, Info Edge now holds a 50.1% stake in the company. Due to this huge investment in the company, they expanded their business to Chile and most parts of Europe in the year 2014.

After the investment in the years 2012 -13, Zomato collaborated with Citibank and for the first time, launched a magazine named ‘Citibank Zomato Restaurant Guide’. EV Adoption Is Accelerating At Goa-Based BLive, From Ecotourism To Offline...

Pfizer's Vaccine Is Safe For Children Aged 5 to 11 years, Claims In Clinical...